Profiling the top-producing geothermal energy plants in the US

With an installed capacity of 2.54GW in 2018, the US is the world’s largest producer of geothermal energy 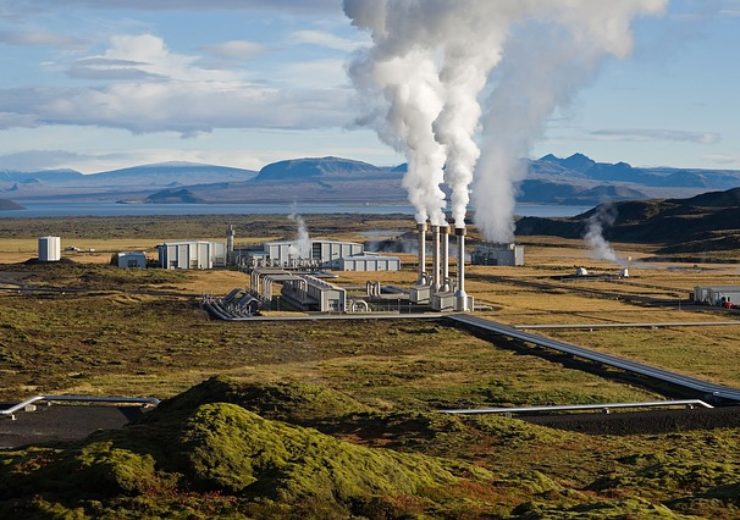 Currently, there are geothermal energy plants in seven states in the US (Credit: Pixabay)

Derived from the heat trapped inside the Earth’s crust, geothermal energy is used for heating and cooling purposes as well as for producing clean electricity. Energy-generating resources are typically located near tectonically active regions.

According to the US Energy Information Administration, the US produced close to 16.7 billion kilowatt-hours (kWh) of geothermal power in 2018, which accounted for 0.4% of the total utility-scale power generation in the country. Currently, there are geothermal power plants in seven of the country’s states.

A bulk of the geothermal power generation comes from California, which generated 11,528GWh of electricity in 2018. The state accounted for almost 72% of the total geothermal electricity produced in the US.

Nevada is the second-largest producer of geothermal power in the US, with a share of 21.7%.

However, Indonesia is projected to overtake the US to become the leading market for geothermal energy by 2027, according to a report released by business intelligence firm GlobalData.

NS Energy profiles the US’ most productive geothermal power plants.

Located in Northern California, The Geysers is the largest geothermal complex in the US with a total capacity of 1.51GW.

The first commercial powerplant at The Geysers was commissioned in 1960.

The Geysers, which is considered to be the largest geothermal field in the world, spreads over an area of 78km². The geothermal energy generated from this dry steam field meets almost 60% of the average demand for electricity in the North Coast region from the Golden Gate Bridge to the Oregon border. It covers the power consumption needs of the Sonoma, Lake, and Mendocino counties, and also a part of the Marin and Napa counties.

According to the US Department of Energy, The Geysers achieved peak production in 1987, generating power for 1.8 million people at a time.

According to the official US Navy website, the Navy Geothermal Plant generates an average of 1.4 million megawatt-hours of electricity annually to the California power grid. This is equivalent to the power consumed by nearly 180,000 homes annually.

Developed using a public-private venture business model, the China Lake geothermal plant is located in the Coso Volcanic Field in Inyo County. A total of four geothermal power plants make up the China Lake facility. The four have a total of nine 30MW turbine-generator sets each and were built by Mitsubishi and Fuji between 1987 and 1989.

The Salton Sea Power Station is the third-largest geothermal powerplant in the US. Owned by CalEnergy Generation Operating, the facility is located in Imperial County in California, US.

The power station comprises five generation units that have a combined production capacity of 185MW. Unit one, with an output capacity of 10MW, was the first to come online in 1982.

The Salton Sea Power Station’s unit 2 and unit 3 have 20MW and 50WW power generation capacity. The two units were commissioned in 1990 and 1989, respectively.

Power generated by the Salton Sea plant is sold to Southern California Edison under a 30-year power purchase agreement.

The Salton Sea area is considered as one of the world’s largest sources of geothermal energy.

CalEnergy Generation Operating owns 10 geothermal plants in Imperial Valley, with a combined generation capacity of up to 345MW.

The Calistoga Power Station is the fourth-largest geothermal facility in the US in terms of installed capacity. Located at Lake County in California, the geothermal power plant comprises two units each with a power generation capacity of 88.2MW.

The first unit was commissioned in 1984. The turbines for the Calistoga Power Station Unit 1 were supplied by Toshiba Energy Systems & Solutions.

The facility is one of the geothermal powerplants operated by Calpine at The Geysers in Northern California. Calpine is claimed to be the country’s largest generator of electricity from geothermal resources.  It operates 78 powerplants with 26GW capacity in operation or under construction.

Power from the Calistoga Power Station unit 1 is sold to Pacific Gas and Electric.

The BLM Geothermal Plant, also known as Coso Geothermal Power Plant, ranks fifth in terms of geothermal generation capacity in the US.

Located in Inyo County in California, the Coso powerplant features three generation units, each with a power production capacity of 30MW.

The facility, which was commissioned in 1988, is operated by Coso Operating Company.

Power from the facility is sold to Southern California Edison, as part of a power purchase agreement signed earlier.