What is geothermal power? 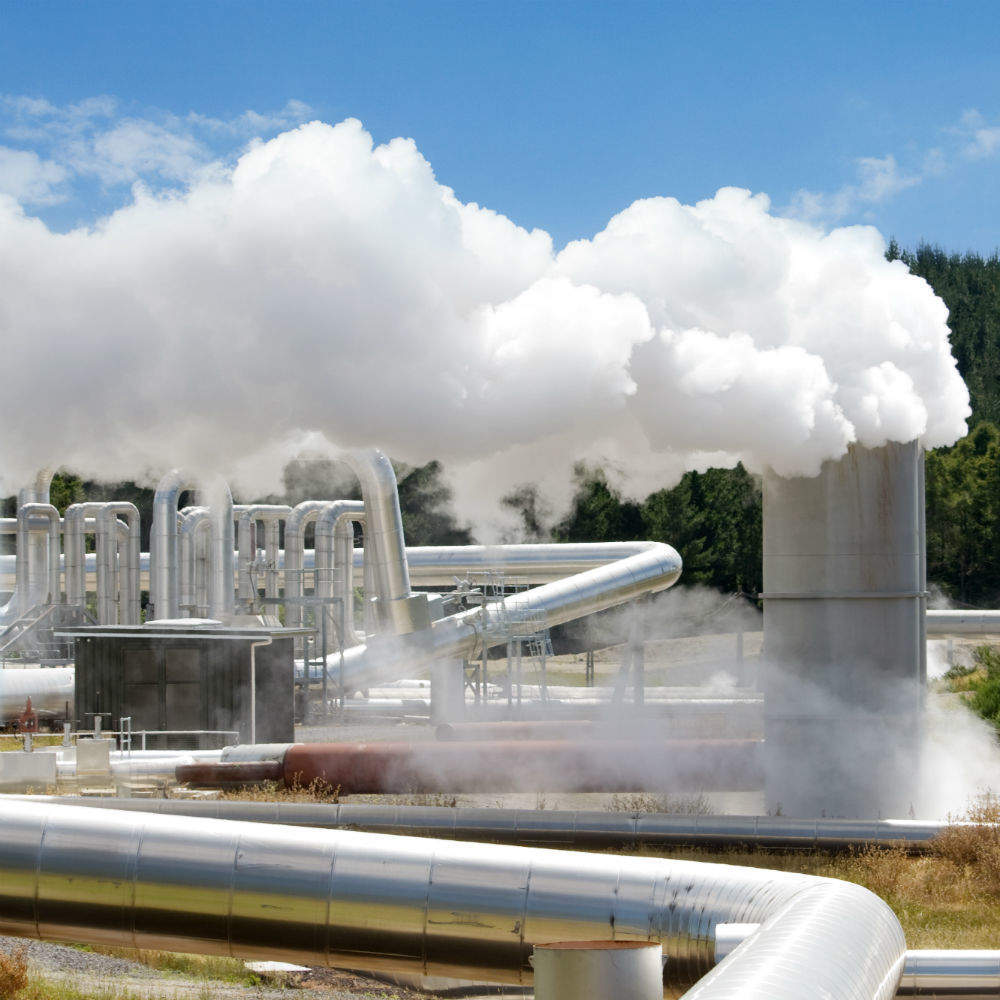 What is geothermal power?

Like coal, gas or nuclear power facilities, a geothermal power plant converts heat to electricity. It does this using high-temperature (300°F to 700°F) heat – known as geothermal energy – from the Earth, accessed by drilling hot water or dry steam wells in a process similar to drilling for oil.

The hot water or steam is piped to the surface and used to power turbines that generate electricity.

According to the International Energy Agency (IEA), in 2017, global geothermal power generation was an estimated 84.8TW/h, while cumulative capacity reached 14GW.

Global geothermal power capacity is expected to rise to just over 17GW by 2023, with the biggest capacity additions expected in Indonesia, Kenya, Philippines and Turkey.

It is estimated that, as a source of renewable energy for both power and heating, geothermal has the potential to meet 3-5% of global demand by 2050.

The first commercial geothermal station was built in Tuscany in 1911 and Italy was the world’s only industrial producer of geothermal electricity until 1958, when the Wairakei plant was commissioned in New Zealand.

There are three main types of geothermal power plants:

Until recently, geothermal power stations had to be built in areas with naturally occurring high-temperature heat and water sources, and where the rock was suitable for drilling.

However, enhanced geothermal systems (EGS) have the potential to extend use of geothermal resources. The technique works by injecting water into rock systems, creating cracks to increase the rock’s permeability.

This allows fluid to circulate in the fractured rock and transport heat to the surface, where electricity can be generated.

The US Government’s Office of Energy Efficiency & Renewable Energy estimates that more than 100GWe of economically viable capacity may be available in the US, a 40-fold increase over present geothermal power generating capacity and 10% of current overall US electric capacity.

Work is beginning on what could become the UK’s first deep geothermal power plant.

Geothermal Engineering, the company behind the project, says Cornwall’s heat-producing granite rocks, which reach temperatures of up to 200°C (390°F), are suitable for geothermal energy.

Two wells, one 2.8 miles (4.5km) and the 1.5 miles (2.5km) deep, will be drilled into granite near Redruth, Cornwall. The former hole will take seven months to finish and is thought to be the deepest yet drilled in the UK.

Cold water will be pumped down to the hot rocks, brought to the surface as heated water and the steam used to drive turbines to produce electricity for as many as 3,000 homes.

According to Geothermal Engineering, geothermal power has the potential to deliver “up to 20%” of the UK’s electricity and heat energy needs “in a reliable and sustainable way”.

Potential issues include whether the rocks are permeable enough to get the water through and sufficient volumes of heated water can be extracted to power the turbines.

Is geothermal a renewable energy source?

Unlike renewable energy sources such as wind and solar farms, geothermal power plants are unaffected by the weather, meaning they can provide a stable supply of electricity (capacity factors range from 60% to 90%) and are therefore suitable for base load (continuous) electricity production.

Geothermal power plants have average availabilities of 90% or higher, compared with around 75% for coal plants.

Geothermal energy is considered to be a renewable resource since energy can be extracted without burning fossil fuels such as coal, gas or oil, resulting in less harmful emissions.

Also, geothermal power stations use the almost unlimited amount of heat generated by the Earth’s core and even in areas dependent on a reservoir of hot water, the volume extracted can be re-injected, making it a sustainable energy source.