Profiling the major geothermal power companies in the US 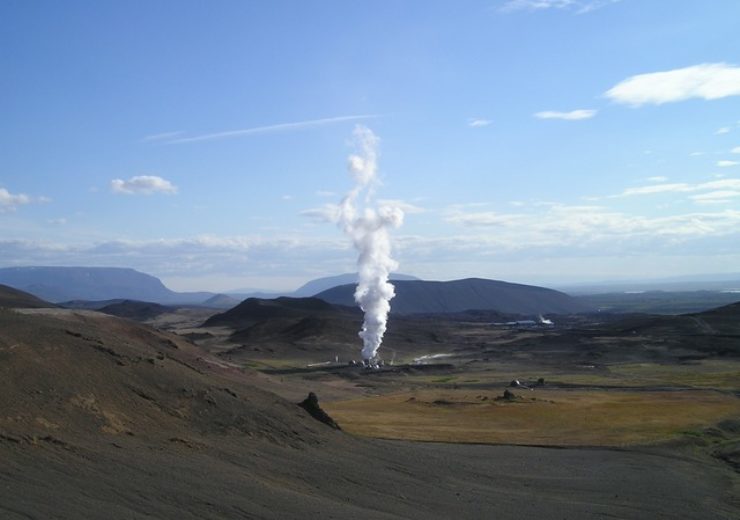 Calpine is the largest producer of geothermal power in the US, operating several plants in The Geysers located in north of San Francisco.

Located in the Mayacamas Mountains, north of San Francisco, the Big Geysers, which is powered by GE steam turbines, meets the power consumption needs of around 725,000 homes. The 15 geothermal power plants of the Big Geysers cover almost 60% of the average demand for electricity in the North Coast region, spanning from the Golden Gate Bridge to the Oregon border.

The Big Geysers, which has been in operations since 1980, is part of The Geysers geothermal field from which steam is drawn using more than 350 wells.

Calpine, which has a fleet of nearly 80 power plants, including natural gas-fired plants, was acquired by a consortium led by Energy Capital Partners for $16.6bn (£13.71bn) in March 2018.

Nevada-based Ormat Technologies claims to have developed more than 150 geothermal power plants across the world with a combined capacity of more than 2.1GW.

The current generating portfolio of the company is located across the US, Guatemala, Honduras, Guadeloupe, Kenya, and Indonesia.

In December 2018, the third phase of the McGinness Hills Complex, of 48MW, was commissioned to increase its capacity to 138MW.

In July 2019, Ormat Technologies acquired 49% stake in the proposed Ijen Geothermal Project in East Java in Indonesia from a subsidiary of Medco Power.

The geothermal power project in the Imperial Valley, which has a total capacity of around 349MW, is located in the Salton Sea Known Geothermal Resource Area.

The first of the company’s geothermal facilities – Salton Sea 1 was commissioned in 1982, while the latest to begin operations are the CE Turbo and Salton Sea 5, which were both put into service in 2000.

The Leathers, Salton Sea 2 and Salton Sea 4 geothermal plants in the Imperial Valley provide their output to Southern California Edison. The Salton Sea 5 plant provides power to the city of Riverside, while the CE Turbo plant delivers its output to Arizona Public Service.

The firm operates the 110MW NCPA Geothermal Project located in Sonoma Country in California, US. Commissioned in 1983, the power plant features two power generating units each with 55MW capacity.

Additionally, it operates the 110MW NCPA 2 geothermal power plant located in Mayacamas in California, US.

Commissioned in 1985, the power plant features two generation units, each with 55MW capacity. The units were manufactured by Fuji Electric Systems.

Power generated by the NCPA 2 geothermal power plant is being sold to San Diego Gas & Electric, under a power purchase agreement signed earlier.

The two power plants contribute to the California’s goal of a 50% Renewable Portfolio Standard (RPS) by 2030.

NCPA said it has the world’s first, wastewater geothermal-injection system to recharge the production wells at the Geysers, which is claimed to be the largest geothermal field in the world, in 1997.

The company operates three geothermal power plants in the US with a combined generation capacity of 86.7MW.

In 2010, Terra-Gen Power said it has closed a $286m financing for the Dixie Valley power plant, which provides power to Southern California Edison as part of long-term power purchase agreements through 2038.

Additionally, Terra-Gen owns and operates the 17.7MW Beowawe I geothermal power plant located in Eastern Nevada. It was commissioned in 1985.

Developed by Terra-Gen Power and TAS Energy, the binary cycle plant uses waste heat produced by the geothermal brine of an existing geothermal plant at the facility.