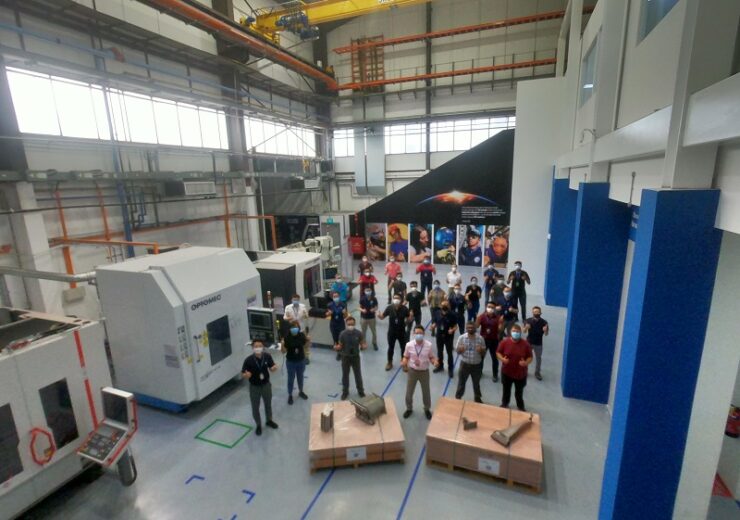 The Advanced Manufacturing & Repair Technology Center is co-located in Global Repair Solutions Singapore Center (GRSS), which was established in 2019, with the support of the Singapore Economic Development Board (EDB), to develop next-generation repair capabilities for GE HA gas turbines.

The first delivery of parts out of the Center was seen by GE as a significant milestone following the company’s 2019 announcement that it was investing up to $60 million over 10 years to make GRSS “a world leader in power generation technology development, implementation and repairs.” This commitment is designed to strengthen repair capabilities globally, says GE – with a specific focus on Asia – where GE says it “has over 90% in-region self-sufficiency for repair of heavy-duty gas turbines and a growing installed base.”

“Tapping into the skilled talent base and robust infrastructure in Singapore, the AMRT Center plays an important role in advancing GE Gas Power’s repair programmes”, said Tan Kong Hwee, executive vice president of the Singapore Economic Development Board. “The Center will contribute to our ‘Manufacturing 2030’ ambition to be a global business, innovation, and talent hub for advanced manufacturing and for future more sustainable gas turbine technology”.

Recent investment has enabled the shop to grow from 250 to 350 employees in two years, adding positions for both HA and aeroderivative repairs, with the goal of adding capabilities for handling more complex repairs on HA turbines—including repair on high-tech components, such as HA nozzles and blades.

By the autumn of 2022, GRSS will also be qualified to support 7HA HGP component repair within the Asia region, says GE.

The AMRT Center is also in the process of establishing hydrogen fluoride ion cleaning capabilities, which is expected to be completed by the end of 2021.

“As Asia’s population and power demand continue to grow, we realised GE needed to expand our Service Center as well to better support our global HA repair capabilities with a specific focus on the region”, said Jim Vono, president, services, Asia Pacific and South Asia, GE Gas Power. “The expanded facility is now one of GE’s largest gas turbine repair facilities globally with special capability for our HA, in addition to other advanced gas turbine technologies serviced in Singapore. This leap forward for HA gas turbine repairs is vital to owners and operators of our HA turbines who will be able to benefit from more efficient repair lean lines, expecting significant improvement to the lead time and delivery of repairs in supporting their outage needs”.

GE notes that Asia has 60% of the global population, 45% of the world’s electricity consumption, and 20% of the global installed base, and its gas turbine installed base is growing rapidly. Currently over one-third of gas turbines are located, or are on order, in the region and Asia’s growth trajectory means the percentage of HA turbines in the region is also expected to grow.

GRSS, as well as other repair shops in Asia, such as PT. GE Nusantara Turbine Services Shop, Indonesia, forms part of GE’s network of local repair capabilities for heavy-duty and aeroderivative gas turbines in the region

GE claims its H-class combined cycle power plant is “the most responsive and flexible in the industry enabling grid operators to dispatch power quickly” and is “a great complement to intermittent renewables sources.” Currently, the H-class has the capability to burn up to 50% by volume of hydrogen when blended with natural gas, GE says, “with a technology roadmap to achieve 100% hydrogen in this platform in the next decade.