The Münster district government has approved re-start of construction work on the 1100 MWe Datteln 4 supercritical coal fired power plant. Uniper (to which E.ON’s fossil fuel activities have been transferred) said this will enable it to immediately resume construction on the largely finished power plant, which has been embroiled in permitting issues for several years (see Modern Power Systems, December 2012, pp 30-32, for a summary). 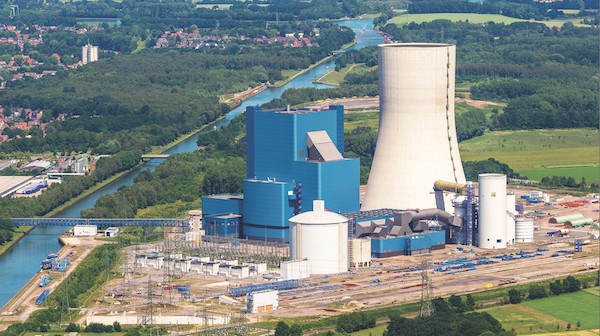 An important milestone on the way to construction restart was the decision in 2014 by the Ruhr Area Association to amend the regional development plan, which was a precondition for changing the Datteln city council land-use plan. Datteln city council passed a resolution amending the land-use plan in May 2014, which, E.ON said at the time, “re-established a firm planning basis for Datteln 4”, “repairing” the 9 September decision of the Upper Administrative Court and paving the way for recovering other permits for the plant, notably approval under the Federal Emissions Control Act.

The old Datteln units (1, 2 and 3) were closed down at the end of February 2014. A new traction power converter at the Datteln site, which provides electricity at 16.7 Hz to DB for rail traction (intended to be powered by Datteln 4, but currently being supplied from the grid) has been commissioned (at 413 MW, the most powerful such converter ever built).

Uniper says it aims to put Datteln 4 into operation as soon as possible in order to ensure the reliable long-term security of power for the German railways and for district heating and expects completion to take about two years.

On 20 January 2016, Uniper submitted application documents for approval to restart construction after it became clear that successful completion of the ongoing approval procedures under emissions control law is to be expected. In such cases, regulatory approval law (under section 8a of the Federal Emissions Control Act) expressly provides for the possibility of an approval for early start of construction. Uniper remains confident that the approval under emissions control law will be granted soon.