Oil in your mind – research into safety practices

Following the Deepwater Horizon disaster in 2010, many oil companies began to explore their safety practices in greater depth, looking not just at technical issues but also at their workers’ non-technical skill sets. Rhona Flin, professor of industrial psychology at Aberdeen Business School, explains how oil companies can benefit from the research under way in the field. 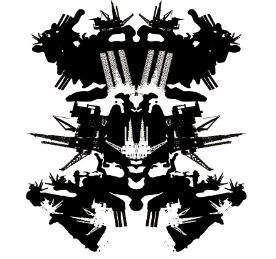 Offshore drilling is a notoriously dangerous task. Stationed hundreds of miles from land, the engineers aboard an oil rig must drill into highly pressurised, and extremely volatile, reserves that can have catastrophic consequences if released unexpectedly. It is imperative that the hydrocarbons do not enter the wellbore in an uncontrolled manner, known as a ‘kick’, during drilling.

In recent years, the occupation has become more hazardous still. As shallow reserves are exhausted and drillers move out into deeper waters, there is a higher risk of critical incidents. Factor in the need for increasingly complex equipment and the likelihood of harsh weather, and it is clear to see why oil companies need to be more vigilant than ever.

While the dangers have long been acknowledged, they came to the fore in the wake of the Deepwater Horizon disaster in 2010, the worst accidental spill in industry history. The explosion, which killed 11 people, prompted numerous investigations, with BP ruled primarily responsible in September 2014. The oil giant was ultimately fined $18.7 billion in one of the largest corporate settlements of all time.

Oil companies were often resistant to having their practices investigated. This led to a dearth of empirical research regarding the true issues at stake.

As the industry tried to ascertain what had gone wrong, a number of industrial psychologists began to pose some questions: what psychological factors might have played a role and what might need to change in this regard to stop a Deepwater from ever happening again?

As Rhona Flin, professor of industrial psychology at Robert Gordon University’s Aberdeen Business School, explains, the explosion prompted a new wave of interest in human-factor skills and their relevance to the offshore oil industry.

"After Deepwater Horizon on the Macondo well had its blowout, it seemed there were quite a lot of non-technical issues that could be addressed," she says. "The drilling industry began to look at how you could introduce crew resource management [CRM] for well operation, and I was asked to write a report for the International Association of Oil and Gas Producers [IOGP], outlining how you could start to apply this approach for well control."

CRM was already a widely used term in the aviation industry, where it refers to a set of training procedures that go beyond the purely technical. It was first developed in the 1970s following a series of accidents and soon spread across the industry; by the mid-1980s, the US Department of Defense was formally training its air crews in CRM.

"It means attempting to understand behaviour in the context of the tasks people are doing and in a much wider sense," says Flin. "You’re not just looking at one or two specific pieces of unsafe behaviour – you’re looking at a whole range of thinking skills and teamwork skills, and other related competencies. You do a basic task analysis to understand what the key behaviours are and what kind of conditions affect them."

Flin’s 2014 report, ‘Crew Resource Management for Well Operation Teams’, suggested a training course syllabus for well personnel including machine operators, support staff and supervisors. Drawing on her previous research into human factors in offshore operations, she outlined six key non-technical skills and how these might be better conveyed to workers.

The skills in question – situation awareness, decision-making, communication, teamwork, leadership and understanding performance-shaping factors – are undoubtedly ‘soft’ skills insofar as they don’t require any engineering knowledge, but there is nothing vague or woolly about an approach that incorporates them into safety training. As Flin points out, when the aviation industry changed tack, the decision was squarely evidence-based.

Unfortunately, the upstream oil sector did not immediately follow suit. Even following the Piper Alpha disaster in 1988, in which 165 crew members perished, discussion of human factors remained limited, with the industry poorly attuned to the links between psychology and safe operations.

In part, this was due to extremely remote locations, and the need for researchers to undertake survival training before venturing offshore. Unlike, say, high-risk healthcare environments, oil production platforms and their working practices have never been straightforward to study up close.

What’s more, oil companies were often resistant to having their practices investigated. This led to a dearth of empirical research regarding the true issues at stake, with engineering challenges perhaps overplayed in the overall safety agenda.

In 1985, the Canadian researcher Dr Doug House wrote: "While industry and government have recently devoted much effort to safety issues, they continue to view them as a technical problem. But the few social scientists who have managed to gain access to the offshore workplace suggest otherwise."

Throughout the 1990s and 2000s, Flin and her team undertook a growing body of research in this area – for instance, designing risk-perception questionnaires and ‘safety climate’ surveys for the offshore workforce. More recently, they developed the Work Situation Awareness ratings scale, which found that higher levels of stress, sleep disruption and fatigue significantly correlated with accidents.

However, it was only in the years post-Deepwater that the industry truly took note, with a number of task groups established to examine human factors. Oil companies, by and large, have become far more invested in the psychological elements of their training, hiring psychologists and human-factors specialists to work in house. It has become common for PhD students in the field to gain industry sponsorship, and there are various schemes that link research projects up with government funding.

Flin, however, feels that this is a field where academic input can only take companies so far. Rather than exploring these issues on a purely theoretical level, it is imperative that they take a look at how human factors impinge upon their actual training practices.

"Ideally you want to do what happens in aviation, which is to have your technical trainers and assessors be trained to teach and assess non-technical skills as well," she says. "If you want this to become part of the culture – part of your safety management system – it’s really the technical trainers whose skills you want to build, especially where resources are stretched. I’ve worked to assist a number of companies as they bring in this kind of training."

This applies not just to engineers working on the rigs but also to their supervisors and, beyond that, the highest echelons of management.

"I wrote once, years ago, that senior management are effectively the neglected species in safety research, because hardly anyone studies them yet they’re the ones with the most power and influence in their organisations," says Flin, who concedes that the tide may be starting to turn.

In recent years, her team has worked with Shell to analyse ‘chronic unease’ in senior managers – essentially, how they retain an appropriate level of concern about the risks involved and avoid becoming complacent.

"If you look at major accident reports, not just for the offshore oil industry but also in other domains, you’ll see increasing attention being paid to how the senior managers were prioritising safety and what level of safety commitment was at the senior levels of a company," she says.

Senior management are effectively the neglected species in safety research, because hardly anyone studies them yet they’re the ones with the most power and influence in their organisations.

Flin feels that, in the years to come, situation awareness is likely to remain a hot topic in the upstream oil industry, alongside many other high-risk professions. Overall, we are seeing a greater understanding of behavioural-based safety approaches that focus on thinking skills, organisational culture, situation awareness and overall team functioning.

What is more, given the increase in high-fidelity simulators for well control, offshore oil rigs are becoming easier to study than they used to be, with researchers able to view different kinds of behaviour in different scenarios without ever having to go offshore.

While today’s resource-stretched climate is hardly a boon, it may well prompt greater interest in human factors. Working on an oil rig – with all the long shifts, inherent hazards and lack of rest days it entails – has never exactly been a stress-free ride. But with the price of a barrel remaining low, there may be undue effects on workers that oil companies will want to avoid.

"Over the next year or two, conversations around safety are going to be somewhat dependent on what the oil price is," says Flin. "With shift patterns changing, there are some additional concerns at the moment in terms of the levels of risk, and whether fatigue or anxiety about job security are posing some additional threats for offshore safety."

Moving forward, it is likely that the industry will take a more holistic overview of safety, looking not just at technical issues but at the whole range of behavioural-based factors that affect their operations as well. This will have a bearing on all workers, from the front-line staff right the way up to the CEO.