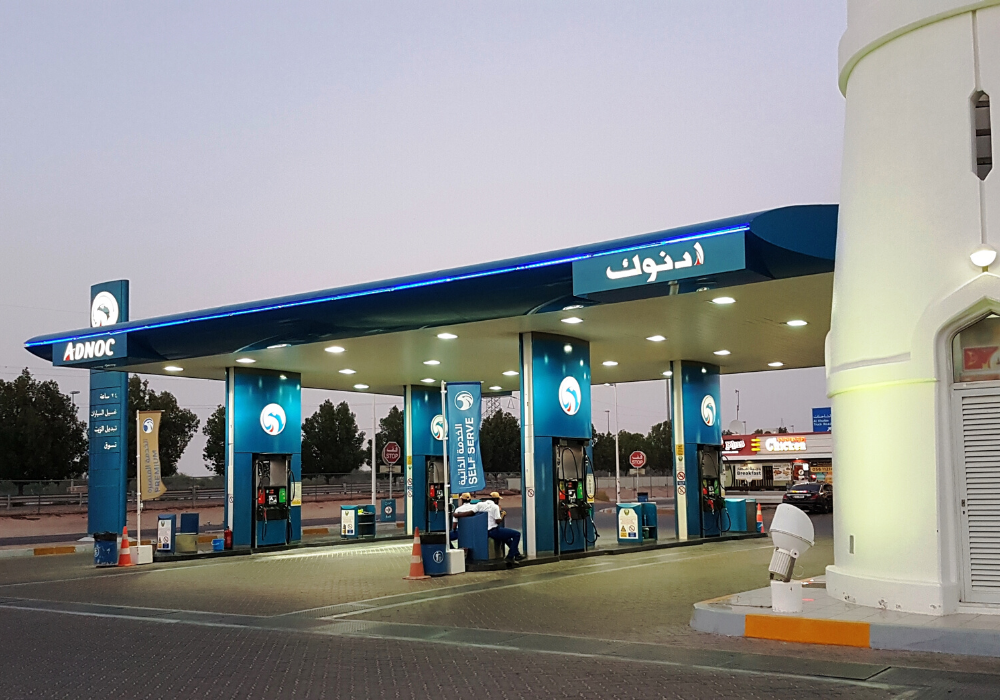 ADNOC has an oil and gas 4.0 model as part of its digital transformation (Credit: Flickr/Michael Panse)

Like many energy companies, the Abu Dhabi National Oil Company is using new technologies like artificial intelligence and industrial internet of things to improve efficiencies and maximise returns in production. Working behind the scenes is software firm AVEVEA, whose CEO Craig Hayman explains to James Murray how the industry is in the midst of Oil and Gas 4.0.

Any business worth its salt will be aware of Industry 4.0 – now a slice of an energy industry that’s sometimes felt a little behind the times is getting used to the concept of Oil and Gas 4.0.

Similar to how the so-called fourth industrial revolution represents trends towards smart and autonomous systems fuelled by data and machine learning being used in manufacturing, companies that produce oil and gas are having to embrace next-generation technologies to improve efficiency and value of their natural resources.

For the state-owned Abu Dhabi National Oil Company (ADNOC), it has pioneered new tech that predicts failures and drives even more production from the rich oil supply at its disposal.

The Middle Eastern business has teamed up with UK-based multinational IT firm AVEVA to integrate software that also helps workers manage assets and improve safety in the rapidly changing sector.

AVEVA’s CEO Craig Hayman says: “For customers who have an Oil and as 4.0 or energy transformation agenda, the way we see it is that there is a very clear path of how to digitise their business.

Oil and Gas 4.0 is putting the fourth industrial revolution, which is the trend towards automation and data exchange in manufacturing technologies, into an oil and gas context.

Producers within the sector are using industrial internet of things, big data, advanced visualisation and artificial intelligence to integrate and maximise return across asset and supply chains.

ADNOC aims to be a leader in adapting and integrating new technology from outside of its own domain, to see if it can add value to the company’s production, the economy, and the world as a whole.

Hayman believes oil and gas companies are in a big transformation as they look towards technology to improve their businesses.

“They have chief technology officers and chief digital officers, who are challenged to drive a transformation agenda inside what was historically oil and gas companies.

“In fact, most of them now would refer to themselves as energy companies, or they will talk about it as Oil and Gas 4.0, which is what ADNOC does.

“So the path to profitability was to drive more production.

“What they realised is, we’re soon going to reach peak oil, while the energy production needs of the world could be served through other means.

As part of ADNOC’s digital transformation, it partnered with AVEVA to help drive the company forward, with the help of three key steps.

The first stage of ADNOC’s move towards Oil and Gas 4.0 was to create the panorama digital command centre.

It is a fully integrated, real-time data visualisation centre, displayed on a 50-metre screen, which helps to gain insights, unlock efficiencies and identify new pathways to optimise performance.

The software has more than 120 dashboards, displaying 200,000 data points and is integrated into ADNOC’s 14 companies.

It claims it can save between $60m and $100m in optimisation through just a single run of its integrated production planning model.

Hayman says: “Part of our success in oil and gas and with energy companies has been showing them, ‘okay, keep running your facilities but drive more efficiency into them in some way and while you do that, free up operating expense and use some of those savings to power more digital while returning some of it to your investors’.

“So with ADNOC, the scenario was for the first eight weeks, the operations centre will visualise the data in a way that they’ve never seen before.

“Everyone had a view of how it would look but no one really saw it.”

Once the operations centre was completed, the next stage was asset performance management to help prevent failures and increase efficiency.

ADNOC has more than 10 million tags or sensors that are integrated and monitored using AVEVA’s software.

Hayman explains: “An example is that they have got hundreds of compressors and just by looking at the data, we can predict when they’ll fail to prevent unplanned downtime.

“That saves the cost of shipping in the replacement parts and the production outage.”

The third step ADNOC uses is planning and operations by optimising the feedstock, which is the raw material used to supply or fuel a machine.

He gives the example of oil extraction in which the various levels of sulphur content can determine different types of uses, such as aviation fuel and heating oil, as well as deciding which refinery would be best to produce it.

It could also be used to optimise which types of ships are used to transport materials most efficiently.

“And I can look at the spot market prices, and my carbon offset prices for the whole thing,” Hayman adds.

“You have to go a long way to find another initiative that will drive $1 a barrel of productivity improvement, without physically deploying any hardware.

“So once you lay out these three steps to a company like ADNOC, it gets really hooked and we can now work with it on other initiatives.”

When new technology and software is integrated into companies, there is often a feeling that it is to replace part of the workforce – but AVEVA insists this is not the aim.

Hayman emphasises that every aspect his company is involved in is about providing technology that will assist people in some way – and that in industries such as oil and gas, labour costs only make up a small percentage of company expenditure.

Again venturing into an analogy, Hayman recalls how a customer once complained about a piece of equipment being carefully operated by a worker like it was a family saloon car.

“He told me, ‘I need him to drive it like it’s a Formula One car and I just need him to know when I flag him to come in for the lap to get the oil changed, then that’s the preventative maintenance’.

“If I know that it’s going to fail on this in the next week, then I can schedule some maintenance before it actually fails.

“So that’s where, for the worker who is driving that piece of equipment, you want to give them the tools so they can be successful – driving higher output and preventing unplanned downtime.”

Whenever Industry 4.0 is mentioned, it is often followed by suggestions the fifth industrial revolution isn’t too far away given that the gap between each transformational era has shortened every time due to the quickening pace of change.

With this in mind, and companies like ADNOC no doubt keen to continue integrating new technologies, could we one day soon see an Oil and Gas 5.0?

Not for Hayman, who recognises how renewables are becoming more important to the modern-day energy mix.

“These companies see that once they go through the digital transformation to Oil and Gas 4.0, they quickly turn that into Energy 4.0. It’s more of the evolution of their business.”