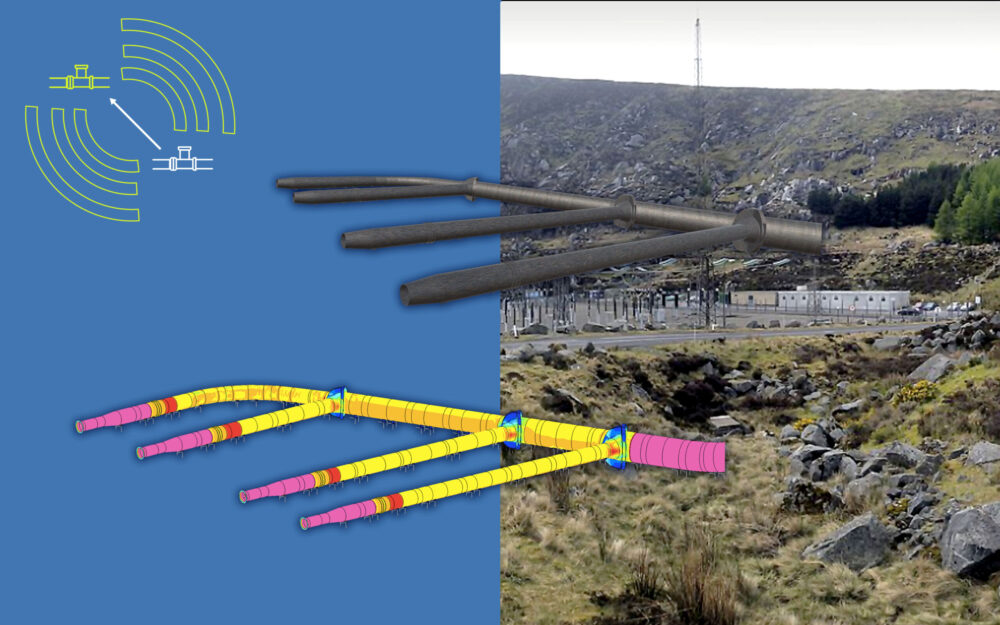 Technology provider Akselos created the world’s first digital twin of a hydroelectric power station in 2020. Here, Andrew Young, vice president of project engineering and service delivery at Akselos, provides an insight into the evolution of the digital twin and its application in the hydropower industry.

Awarded as Technology Pioneer 2020 by the World Economic Forum, Akselos provides real-time predictive digital twins for large asset integrity management. Founded in 2012 and with operations in Europe, the US, and South East Asia, the company’s products are designed specifically to help protect the world’s critical infrastructure with real-time, condition-based monitoring for large critical assets.

Using patented algorithms developed over 15 years of research at the Massachusetts Institute of Technology (MIT) and funded by the US Department of Defence, Akselos’ software solution is helping the energy sector optimise operations, lower operating costs, and extend the life of ageing assets.

The Akselos software is based on a newly developed algorithm that is 1000 times faster than legacy technology. The result of 15 years of research in the mechanical engineering lab at MIT, it changes the process of structural assessment to allow for real-time, continuous monitoring of large assets – something that has never been done before.

Described as the world’s most powerful structural analysis tool and the only one fast enough to cope with the speed of a sensor feed, it has been validated by over 100 scientific publications, an MIT patent, years of co-development with Shell, and subsequent software validation with the American Bureau of Shipping.

The technology changes how we look at structural integrity management, it empowers asset operators to monitor condition continuously, rather than the current workflow which relies on periodic inspection data to update conventional finite element models.

This means that the understanding of the asset’s condition is on an ‘as is’ basis – rather than at the time of the last inspection. The result is eyes on the asset 24/7, reassuring operators that structures are safe to operate and efficiency is increased through a move to risk-based inspection.

Akselos technology allows maintenance engineers to really pinpoint, using rules of science and engineering, where structural integrity issues are likely to occur. It is also possible to establish what the operational asset life is in terms of fatigue assessment while supporting predictive maintenance.

The digital twin is essentially a tool with which plant operator ESB can simulate many parameters around the day-to-day operation of the plant and visually pan through the entire structure in 3D and see how it reacts.

Akselos can simulate future events because of the nature of the physics-based twin. Whereas traditional engineering approaches are assessing the probability of a known and identified established defect reoccurring, Akselos can assess and identify the risk of any type of failure based on the structural assessment.

Results can be made available within an operations time frame supporting the asset manager as a fault does not have to already be pre-identified.

Turlough Hill pumped storage plant in Ireland had been in operation for almost five decades but the operator ESB had many questions on the actual structural condition of the main penstock and water distribution manifold. In addition, an in-depth assessment of the consumed structural capacity of the plant had never been previously performed.

Akselos technology was used to build a structural digital twin of the large penstock and manifold for the plant. Thanks to Akselos’ high-fidelity structural modelling capabilities, ESB identified the digital twin technology as being suited to performing such an analysis for the very first time.

Not only did ESB want to understand the consumed fatigue life of the station, but they desired a tool to run what-if scenarios for future and more demanding operating conditions.

Engineers at Akselos digitised all available data on the 700m long asset, from which a 3D rendered structural digital model was built. First of all, they had to establish the geometries, interactions and stresses in the plant system to create an intuitive heat map.

The navigable 3D model shows which, when and where stresses are forming through the power station and so help direct inspections to specific areas of concern, rather than just doing a random walkthrough.

The structural digital twin, built up from a fully digitised asset, takes in the live feeds of the current loading of the system, cycles of exploitation such as generation, pumping stoppages and allows a real-time assessment of the stress distribution in the system. In addition, post-processing of the cycles allows for the calculation of accumulated fatigue and residual structural life.

Akselos technology allows for a speed-up of these assessments into operational time frames, meaning that the operator can be fully informed on the state of the structure without stoppages. Typical approaches require a stoppage to drain down the entire system that can take weeks while inspections are conducted.

Main aims of the digital twins

The main objective of the ESB team was to get a new, up-to-date engineering understanding of the as-designed water distribution system of the hydro plant. In the original concept, the main design parameter was static pressure containment with safety factors that were fixed in time.

Time-based degradation mechanisms that might impact safety margins were not considered as part of the original design, such as fatigue or changes to the thickness of the supporting surrounding structure. There was no original design life, but an anticipated operational number of hours had long passed in the current exploitation of the hydro system.

Another objective was to optimise the integrity management process and strategy – failure of this part of the system is not an option for the operator. The extreme size of the structure (for example over 8km of welding alone), observed cracking in some welded zones, low or zero accessibility on much of the structure, and high costs of drain downs, are part of the considerations that made the business case easily attainable.

With the advent of a tool such as the Akselos modeller, there can be a new approach to the inspection strategy and a better understanding of the required duration of the outages for inspection purposes due to greater control of the inspection scopes.

Finally, as the hydro plant enters the age of low-carbon power generation with increasing renewables as part of the energy mix, there are also changes to the operational demands of the system.

Stop-start generation to market prices or due to grid instability are giving a higher frequency and demand usage. These more frequent and more varied cycles of exploitation were not considered in the original design.

Advantages and disadvantages of the digital twins

When the starting point is an existing asset operating beyond design life there are two immediate wins for the operator:

In the case of the Turlough Hill station, another advantage is for the assessment of the impact of the new modes of operation, mainly higher cycle times with more demand on the hydro pumped station.

With market-driven operations, and the possibility for generation at times of highest price or storage at times of low or negative pricing, the pumped storage unit has become strategic in the operator’s portfolio.

If the hydro station or asset is a new build then there can be lower one-time engineering costs, along with reduced capital expenditure, as the simulation engine allows the design team to explore more options in terms of material types, assembly and welding approaches to assess optimal costing for the different design options.

In addition, the structural digital twin can be a powerful tool for the commissioning process when sensor data can be plugged into the digital twin to assess the stress distribution and any potential issues for operation. This can reduce the commissioning time and costs while also providing a good collaborative platform to involve all stakeholders in the process.

Finally, once in operation, the digital twin can provide continuous monitoring of the asset and also give inputs to the inspection planning process.

In general, the earlier in the life of the asset that the digital twin is created, the sooner and the larger the value that can be generated. Essentially there is only a one-time set-up cost for digitisation.

The earlier the digital twin is active and enabled for an asset then the greater the number of value frames that can be recouped across the asset management life cycle.

The Turlough Hill digital twin has secured operator confidence for the continued operation of the plant – an effective life extension case. It has also provided an informed basis on which to assess the ongoing changes and evolution of loading of the asset in an increasingly dynamic energy generation context.

Furthermore, the digital twin has demonstrated its ability to identify areas that need inspection by highlighting areas of defects. These hotspots were independently validated against cracking found during earlier inspections.

As a measure of its success, the digital twin initiative won the internal ESB performance award for 2020 and is considered to be a major improvement over alternatives in the marketplace to assess plant structural viability and forward management.

Currently, Akselos is working with ESB and other hydro plant operators in Europe on further digital twin enhancements, as well as applications for critical areas such as the turbine’s blades and generators in addition to the water generation system (penstock and manifold).

The key benefits come from a highly transparent method for structural integrity assessment, grounded in recognised engineering standards and usable by all key stakeholders across the entire ecosystem.

Future for digital twin technology in the hydropower industry

Looking to the future, Akselos sees hydro as a key part of the renewable energy mix where the digital twin can add a lot of value. So Akselos is working to improve the feature set supporting operations and inspection in a very dynamic way.

In addition, the company is also looking for partners across the energy ecosystem to improve the offering further by leveraging an open standards-based software platform with application programming interfaces. This will help provide the best and most integrated solutions for plant operators.