Uranium miners’ trading updates reveal that they expect more disruption from COVID-19 and are planning to hold back production. But the uranium market is attracting speculative buyers 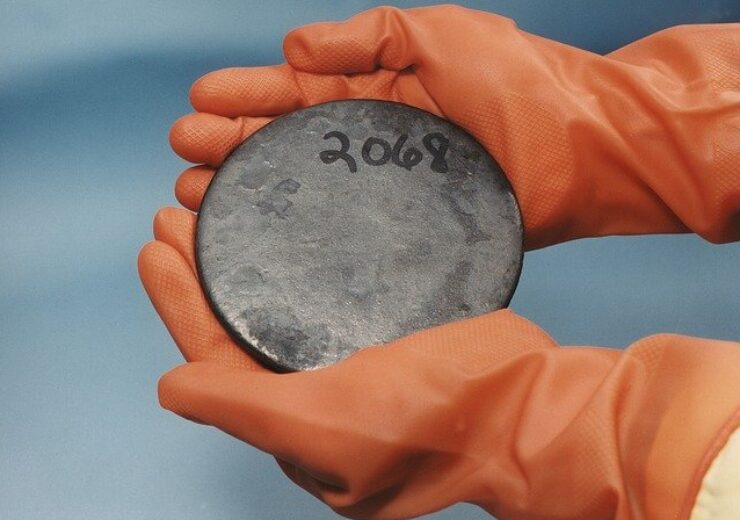 Covid-19 disrupted global uranium production last year, according to a market update from Kazatomprom, which said the pandemic is adding to the supply curtailments that have occurred in the industry for many years. It said the extent of existing disruption and risk of future disruptions are still not fully known.

Some disruption is obvious. In Canada, Cameco suspended production at Cigar Lake in March 2020 for about five months. The mine, which represents around 14% of global primary production, was suspended for a second time from December 2020 — described by Cameco as a precaution — and restarted in mid-April this year. The closure cut Cameco’s share of production in the first six months of 2021 to 1.3 million pounds U3O8, compared to 2.1 million pounds in the first six months of 2020 (which was also impacted by the production suspension in the second quarter of 2020).

It also suspended production at the Port Hope UF6 conversion facility in April 2020 and at the Blind River refinery for about four weeks.

In a separate incident, on 1 July all non-essential personnel from the Cigar Lake mine were evacuated and production was temporarily suspended as a precaution due to the proximity of a forest fire. With the risk subsided and all infrastructure intact, the workforce returned on 4 July and production resumed in the first week of July.

The suspension at Cigar Lake this year cost Cameco an additional $8 million in care and maintenance costs in April. It had already expensed $8,992,000 on extra care and maintenance in the Q2 2020 shutdown. It said the suspension had caused delays and deferrals in project work, including lower capital expenditures, which introduces potential risk to the production rate in 2022, and “Furthermore, the potential for post pandemic impacts on construction materials, equipment and labour remains uncertain and could further exacerbate production risk in future years”.

Cameco was able to offset staff costs via the Canada Emergency Wage Subsidy programme. As a result, the company said it did not make layoffs. Paid leaves of absence and vacation time were used to deal with the various pandemic impacts.

In Kazakhstan, a state of emergency was declared in 2020 and that required a four-month suspension of some activities. COVID-19 driven reductions resulted in 2020 aggregate uranium output in Kazakhstan declining to 50.6 million lb U3O8 from the 2019 level of 59.3 million lb.

It also affected exploration and development, which led to a shift in the commissioning schedule for new well fields. As a result uranium production volumes fell through the first half of 2021.

This year, Delta-variant COVID-19 cases rose again in July and forced red-zone centres, including Nur-Sultan, Almaty and Shymkent, back into severe government-mandated restrictions. However, in this emergency the company has remained in operation, and said that when a case of COVID-19 is detected, it implements preventive measures to contain the spread, with the health of the individual being constantly monitored and assistance provided as necessary. Vaccination status is also being monitored on a daily basis, and in all its uranium mining entities first-dose vaccination is at 70% (compared to 28% in the general population) and more than 50% have had two doses.

In addition to the delayed exploration and development work, the company said COVID-19 disrupted the overall production supply chain, causing a shortage of materials such as piping. This also had a negative impact on first-half production results.

Kazatomprom said that despite these challenges, it was maintaining its 2021 production plan and making every effort to achieve it, though “final year-end volumes may fall short if the well-field development and supply chain issues continue throughout the second half of the year”.

The lower production means Kazatomprom could see inventory levels fall below its target of six to seven months of annual production. The company bought supplies on the spot market to regain its target stockpile and may do so again.

Growing nuclear investment in China and Russia suggest that uranium demand will rise in future years.

Cameco says COVID-19 will continue to have an impact on security of supply in the industry, and there may be more unplanned supply disruptions. But supply is also affected by low uranium prices and government-driven trade policies. The latter can be particularly disruptive, it said, because of the disconnect between where uranium is produced and where it is consumed. Nearly 80% of primary production is in the hands of state-owned enterprises and about 80% of primary production comes from countries that consume little-to-no uranium. And 90% of uranium consumption occurs in countries that have little-to-no primary production.

Cameco said many producers, including the lowest-cost producers, are preserving long-term value by leaving uranium in the ground. Kazatomprom, for one, said it would reduce production by 20% during 2023. Kazatomprom chief executive Galymzhan Pirmatov was quoted as saying that, “the company does not expect to return to full Subsoil Use Contract production levels until a sustained market recovery is evident, supply and demand conditions signal a need for more uranium, and the company’s pipeline of mid-to-long-term contract negotiations implies that there is a low risk of produced volumes further delaying the recovery.” Kazatomprom’s decision would remove up to 5000tU from anticipated global primary supply in 2023, with uranium production in Kazakhstan staying similar to the level expected in 2022.

Elsewhere, Olympic Dam in South Australia had its highest annual copper production since BHP acquired the asset in 2005 last year, and its best-ever gold production. However, uranium production slumped, falling 11% for the year. BHP’s minerals exploration programme includes access to uranium deposits at Oak Dam, about 65km south of Olympic Dam, but uranium is not a priority at that site where investment is driven by its copper resource.

Cameco said demand for uranium is growing in Asia and the Middle East, and the ‘demand gap’ for uranium that existed after 2011, caused by forced and premature reactor shutdowns, was filled in 2018. It also highlighted new commercial uses such as small modular reactors and advanced reactors. “Longer term, these projects have the potential to open up new fuel cycle opportunities and demand for uranium,” it said and on 7 July the Canadian company joined with GE Hitachi Nuclear Energy and Global Nuclear Fuel-Americas to explore commercialisation and deployment of BWRX-300 small modular reactors (SMRs) in Canada and around the world.

Two groups were particularly active. Uranium Participation Corp (UPC) raised around $67 million and in July its shareholders voted to become unit holders of the newly formed Sprott Physical Uranium Trust (SPUT), part of Sprott Asset Management (SAM). This would transform UPC into a closed end investment trust managed by Sprott Asset Management, with UPC becoming a subsidiary of SPUT. UPC also completed a $66.0 million financing round intended, according to Cameco, “to fund future purchases of U3O8 and/or UF6 and for general corporate purposes.” Sprott believes it will improve trading liquidity of the fund and in the uranium market in general. It has plans to pursue a US-based listing and become the first physical uranium fund to trade in the US.

Also raising finance recently was Yellow Cake, a London-quoted company, headquartered in Jersey, which buys U3O8 with a view to holding it until the price rises. It has a ten-year Framework Agreement for the supply of U3O8 with Kazatomprom.

Yellowcake PLC raised $140 million to purchase uranium from Kazatomprom and has since raised a further $90 million and $140 million in successive placings.

Andre Liebenberg, chief executive of Yellow Cake, said: “I am pleased to report we have begun the year with considerable momentum, having just completed a second oversubscribed share placing in three months, and then significantly increasing our uranium holdings in line with our strategy, by over a third to 13.3 million pounds, during the period. We expect this to exceed 16 million pounds by the end of 2021. The value of the uranium we now hold is $427 million, acquired for $320 million.” He added, “ We believe that the recent launch of a large uranium ETF [exchange traded fund] combined with growing utility interest in the term market, will drive new demand for physical uranium, while supply remains severely constrained.”

Also expected in the market is the Biden administration in the USA. On 15 June, Energy Secretary Jennifer Granholm confirmed that the US DOE intends to proceed with establishing a Uranium Reserve as proposed by the US Nuclear Fuel Working Group and issued a request for more information imminently.