Coal is the single largest power source on the planet, with China, India, the US and Japan responsible for more than three-quarters of the world’s coal-fired electricity 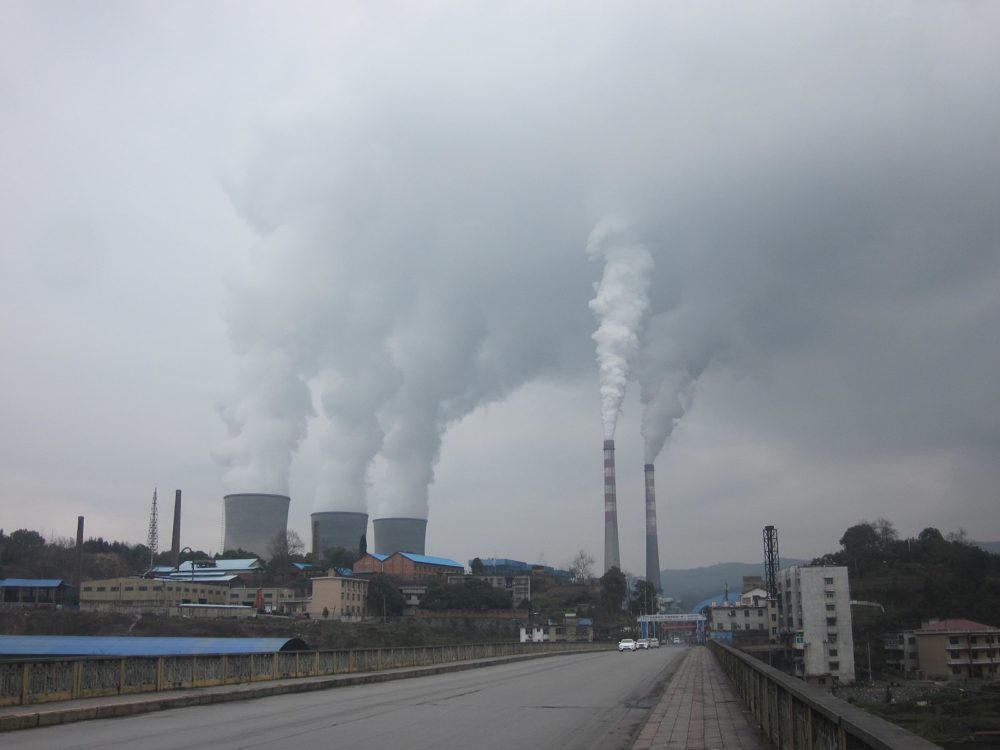 As the most carbon-intensive source of electricity, coal power needs to fall by 14% every year this decade to put the world on course for net-zero emissions by 2050 (Credit: Wikimedia Commons/Huangdan2060)

China and Japan are two of the top five largest coal-fired power generating countries in the world.

The two major Asian economies, which are both amongst the world’s highest emitters, continue to rely heavily on coal power despite a number of countries announcing plans to shift away from high-polluting fossil fuels.

That transition appears to be beginning to have an impact on the global energy mix, as coal generation fell by a record 4% (-346 terawatt-hours (TWh)) in 2020, according to climate think tank Ember’s Global Electricity Review.

But the analysis said the fuel still remains the world’s single-largest power source, generating 34% of global electricity in 2020 (8,736 TWh).

As the most carbon-intensive source of electricity, coal power needs to fall by 14% every year this decade to put the world on course for net-zero emissions by 2050.

Ember’s report shows that China, India, the US and Japan are responsible for more than three-quarters of the world’s coal-fired electricity at 6,626 TWh.

China is the world’s largest coal-fired power generating country, having produced 4,631 TWh of the fuel in 2020 – making up 61% of its total electricity output.

Although the nation has increased its climate efforts as it aims to reach carbon neutrality before 2060, it has come under fire for continuing to expand its already sizeable coal fleet.

It is home to a number of the biggest coal-fired power plants, including the 6.7-GW Datang Tuoketuo power station in the Inner Mongolia Autonomous Region – the largest facility of its type on the planet.

India is the second-largest coal generating country, with an electricity production of 947 TWh from the fuel in 2020.

Despite its recent push to increase its renewable energy capacity, the country continues to generate more than 70% of its total electricity from coal.

But the nation’s coal-fired electricity generation fell by 5% in 2020 due to significantly reduced annual electricity demand as a result of the COVID-19 lockdown.

Although that figure still ranks the US as the third-largest coal-generating nation, the fuel now only contributes to 19% of its total electricity production – a huge decline from just seven years ago when it made up 39% of the mix.

Data from the US Energy Information Administration (EIA) shows that between 2010 and the first quarter of 2019, US power firms announced the retirement of more than 546 coal-fired power units – representing about 102GW of generating capacity and roughly a third of the coal fleet that was operating in 2010.

Some of the country’s largest coal plants include the 3.6-GW Scherer Power Plant, the 3.5-GW Plant Bowen, and the 3.3-GW Monroe Power Plant.

The US is also home to North Antelope Rochelle, the world’s biggest coal mine. The site has about 1.9 billion tonnes of proven and probable reserves.

With a production of 274 TWh in 2020, Japan is ranked fourth in the list of the largest coal-fired power generating countries.

Until the Fukushima Daiichi nuclear disaster in 2011, the nation had traditionally depended on nuclear power generation, as it does not have abundant quantities of domestic reserves of crude oil and natural gas.

But, despite an increased appetite to scale up its share of renewables, Japan currently relies heavily on coal-fired power, with the fuel accounting for 29% of its energy mix.

South Korea is the fifth-largest coal-fired power generating nation, having produced 192 TWh of electricity from the fuel in 2020.

On announcing the country’s net-zero emissions pledge for 2050 in October 2020, President Moon Jae-in said the nation would bring an end to its coal dependency and replace it with renewables as part of its Green New Deal that was announced in July 2020.

But it will not be an easy task for South Korea – the world’s seventh-highest polluter – as coal currently provides 36% of its power mix.

The 6.1-GW Taean power station, which is the second-largest coal power plant in the world, is based in Chungcheongnam-do.