Despite a sudden drop in coal capacity over the past decade, the nation is still home to a number of the largest coal facilities across the world 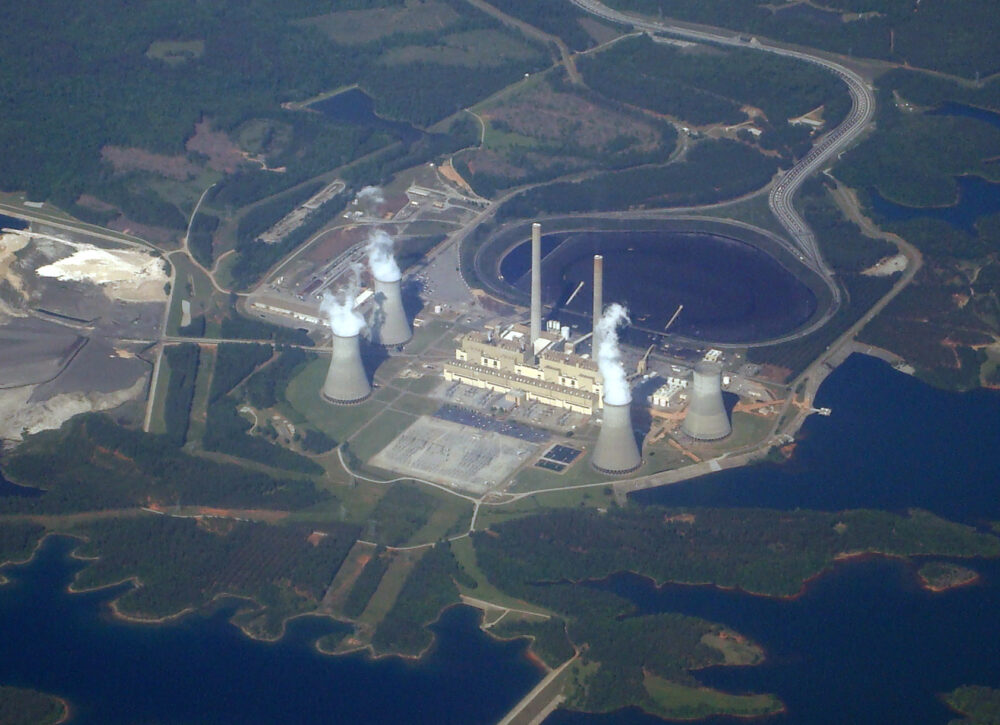 Plant Scherer is the most powerful station of its kind in North America (Credit: Wikimedia Commons/Antennas)

Ever since the first AC power station was opened in the US by General Electric in Ehrenfeld, Pennsylvania, in 1902, coal power plants have had a long association with the country.

By the mid-20th century, coal had become the leading fuel in the nation’s energy mix following a long, steady rise in coal-fired generation.

But, with the mineral now viewed as one of the primary culprits of the changing climate, companies and investors are rapidly shifting away from the high-polluting fossil fuel.

Data from the US Energy Information Administration (EIA) shows that between 2010 and the first quarter of 2019, US power firms announced the retirement of more than 546 coal-fired power units – representing about 102 gigawatts (GW) of generating capacity and roughly a third of the coal fleet that was operating in 2010.

But, despite that sudden drop, the nation is still home to a number of the largest coal facilities across the world.

Here, NS Energy notes the five biggest coal plants in the US.

Five biggest coal power plants in the US

The 3564-megawatt (MW) Robert W. Scherer Power Plant (Plant Scherer), named after the former chairman and CEO of its operator Georgia Power, is a coal-fired power plant in Juliette, Georgia.

The plant has four generating units, each of which are capable of producing up to 930 MW – making it the most powerful station of its kind in North America.

Plant Scherer currently omits an estimated 19.15 million tonnes (Mt) a year in CO2 emissions, according to Carbon Brief, and can supply enough energy to power over two million homes annually.

Unit four is scheduled for retirement in 2022, while the remaining facilities have no set closure date as of yet.

Just like Plant Scherer, the Plant Bowen coal power station is also based in the state of Georgia, and sits just outside the city of Euharlee, in Bartow County.

With a capacity of 3499 MW, which is spread across four units, it is the second-largest coal plant in the US and can supply enough energy to power over 1.9 million homes annually.

The station is connected to the south-eastern power grid by 500 kV transmission lines and is, once again, owned and operated by Georgia Power.

The plant produces 17.88 Mt of CO2 emissions a year and currently has no retirement date.

The 3340 MW Gibson Generating Station is based in the Montgomery Township, Gibson County, Indiana, near to the Wabash River.

The station is Duke Energy’s largest power plant and its five-unit facility was built between 1976 and 1982.

The plant also features a large man-made lake that serves as a cooling pond for the facility, as well as a 160-acre natural wetland wildlife habitat and recreation area.

The Gibson station omits an estimated 17.07 Mt of CO2 a year.

The Monroe Power Plant is based in Monroe, Michigan, next to Lake Erie.

Its four generating units take its capacity to a combined 3280 MW, placing it just outside the top 10 largest electric plants in the US.

Monroe is owned by the DTE Energy Electric Company and its first unit came online in 1971, with the remaining facilities completed and made operational in 1974.

The plant currently produces about 16.76 Mt of CO2 annually and is scheduled to close in 2040.

The 2932 MW facility is comprised of a three-unit coal-fired plant, which is owned and operated by Appalachian Power.

Coal is delivered to the site by barge or rail, where it is stored in the plant’s coal yard, which can store up to 1.75 Mt of the mineral. The entire plant consumes an estimated 26,000 tonnes of coal daily at full capacity.

The plant produces about 14.98 Mt of CO2 a year and has no retirement date set as of yet.