Tyra Redevelopment project is located in the Danish waters of North Sea, approximately 225km off the coast of Esbjerg, Denmark.

The gas field is being redeveloped by Danish Underground Consortium (DUC), which comprises the operator Total Danmark (43.2%), Noreco (36.8%), and Nordsofonden (20%).

Final investment decision (FID) on the $3.3bn Tyra redevelopment project was made in December 2017, following the approval by the Danish authorities in the same month.

Tyra is the biggest gas field of Denmark, contributing approximately 90% of the total natural gas production of the country.

The redevelopment project aims to extend the field life by 25 years, while maintaining a production capacity of 60,000 barrels of oil-equivalent a day (boed).

Under execution since 2018, the Tyra redevelopment project is expected to be completed in 2022.

Tyra gas field was discovered in 1968 and brought into production in 1984. The gas field was developed with two platform complexes namely Tyra West and Tyra East.

Tyra gas field features a total of 111 oil and gas wells along with 106 well-slots for future drilling. The field has potential to produce up to 450 million standard cubic feet a day (Mmscf/d) of gas along with 25,000 barrels of condensate a day.

In 2016, DUC announced its plan to cease production from the Tyra gas field by the end of 2019 and to redevelop the field infrastructure, as the existing production platforms were found to have sunk down by 5m causing difficulty in gas recovery.

In March 2017, the Danish government and DUC entered an agreement for tax reduction on the oil and gas supply, anticipating the potential shortage of hydrocarbon distribution in the country due to the decommissioning of existing Tyra facilities.

In 2018, Total acquired the respective stakes of Maersk Oil and Chevron, while Noreco acquired the stake held by Shell.

The Tyra gas field redevelopment project involves the modernization of existing production platforms and associated infrastructures of the Tyra field to extract the remaining three billion barrels of oil and gas reserves.

The Tyra West complex will be redeveloped with two wellhead topsides for the Tyra West B and C platforms along with a 335t riser topside at Tyra West E.

The project will also involve the construction of two 100m-long connecting bridges along with a 449m-long flare stack for Tyra East and four bridges of length ranging from 60m to 1,102m for Tyra West.

Six new module support frames, weighing 1,289t in total, are being fabricated to elevate the existing platforms by 13m. The length of existing jackets installed at six wellhead and riser platforms is also to be extended by 10m.

The fabrication work related to the new facilities commenced at Batam, Indonesia, in October 2018.

The Tyra redevelopment project also includes the decommissioning of four wellheads and six riser topsides along with connecting bridges weighing 50,000t in total.

A number of processing and accommodation facilities are also to be refurbished as part of the project.

Gas transportation from the Tyra field

The gas produced from Tyra East complex is transported onshore to the Nybro gas processing plant in Denmark, while the Tyra West complex supplies gas to Netherlands, via the Tyra West-F3 pipeline and the Northern Offshore Gas Transport (NOGAT) pipeline.

McDermott International was awarded the engineering, procurement, construction and commissioning (EPCC) contract for the Tyra redevelopment project in December 2017.

DNV GL was contracted in June 2017, for providing independent verification and support services during the EPC, installation, and hook-up phase of the redevelopment project.

Hydratight was contracted for providing the MORGRIP Mechanical Connector for the redevelopment project, in July 2017.Boskalis was awarded the subsea engineering, procurement, fabrication, and installation contract for the  project in October 2018.

Baker Hughes, a GE company (BHGE), has been selected as the turbo-machinery supplier for the redevelopment project.

Semco Maritime was awarded an engineering, procurement, construction and installation (EPCI) contract for the preparatory engineering work and system installation on five unmanned satellite platforms for the redevelopment project  in March 2019.

Heerema Marine Contractors was awarded two separate contracts in 2017, for the transportation and installation of the processing and accommodation platform, as well as for lifting services related to the replacement of existing facilities.

IKM Testing was contracted for cleaning and preparation for the removal of existing  platforms and associated subsea pipelines, in January 2019.

Modern American Recycling Services secured the demolition and recycling contract for the Tyra platforms in July 2018.

Total contracted Oceaneering for providing integrity management services and developing the risk-based assessments for the project for a period of two years, in February 2019. 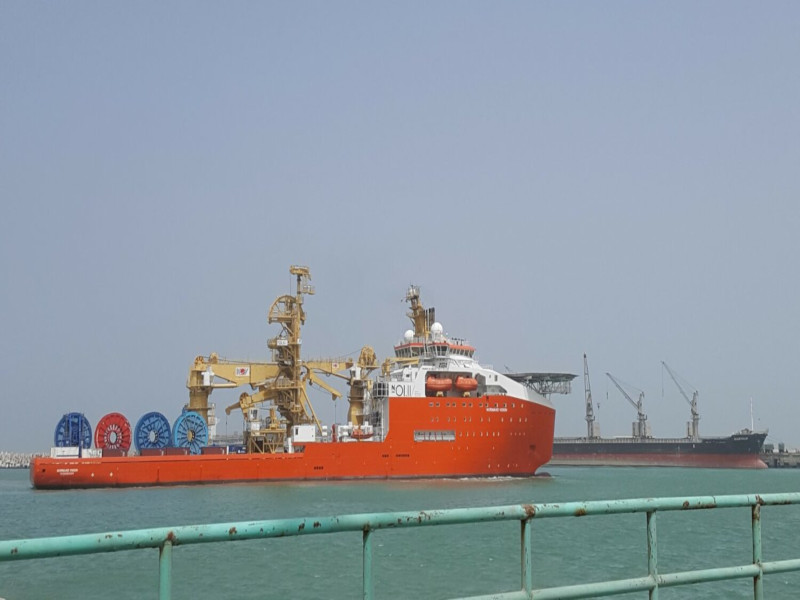