The massive tidal energy project with a planned capacity of 398MW is being developed in three phases by Simec Atlantis Energy (formerly Atlantis resources). The first phase is further subdivided into three phases.

The MeyGen Phase 1A with an installed capacity of 6MW was officially commissioned in April 2018.

The total capacity of the project is planned to be increased to 252MW and 398MW respectively through MeyGen Phase 2 and Phase 3 developments.

The MeyGen tidal energy project is being developed on a 3.5km-long stretch in the Pentland Firth between the island of Stroma and mainland Scotland.

Situated 2km away from Scotland’s north-east tip on a natural channel through which water flows between the North Sea and the Atlantic Ocean, the site boasts of some of the fastest flowing waters in the UK.

The site was identified for tidal energy development in 2007.

MeyGen, a subsidiary of Atlantis Resources, secured an Agreement for Lease (AfL) from the UK’s Crown Estate for tidal energy development in the Inner Sound with a maximum installed capacity of 398MW in 2010.

The Scottish Government awarded consent for the construction and operation of phase one of the project with an installed capacity up to 86MW in 2013, while the marine license was granted in January 2014.

Financial closure and the award of construction contracts for the MeyGen Phase 1A took place in September 2014, while onshore construction works were started in January 2015, followed by the start of offshore works in October 2015.

Offshore installation works for the initial 6MW project was completed in October 2016, while the first electricity was exported to the grid in the month that followed.

Although it formally entered 25-year operations phase in April 2018, MeyGen Phase 1A had already exported 1GWh of electricity by August 2017.

With 18m-diameter rotor, each turbine has a rated capacity of 1.5MW at a speed of 3m/s.

Each turbine is fixed on a three-legged foundation weighing up to 350t, with each leg supported by two 200t ballast blocks to provide horizontal stability.

The electricity generated by each turbine is brought onshore to a power conversion centre at the Ness of Quoys through horizontal directionally drilled (HDD) boreholes.

The low-voltage supply from the turbines is converted into 33kV at the conversion centre before connection into the local grid network.

MeyGen Phase 1B, also known as the Project Stroma, involves the installation of two AR2000 turbines that are being jointly developed by Atlantis and GE.

Project Stroma also involves a new subsea connection hub at the site for allowing multiple turbines to be connected to a single power export cable.

MeyGen Phase 1C will involve the installation of 49 under-water turbines of a total capacity of 73.5MW.The investment on the MeyGen Phase 1C project is estimated to be £420m.

In September 2014, a financing package of £51.3m ($78m) was secured for the MeyGen Phase 1A from a syndicate comprising the UK Government’s Department of Energy and Climate Change (DECC), Scottish Enterprise, Highlands and Islands Enterprise (HIE), The Crown Estate (TCE), and Atlantis Resources.

Atlantis entered a partnership with GE for the development and performance validation of AR2000 tidal turbine generator system in September 2018.

GE’s Power Conversion business was also selected as the preferred supplier to deliver the electrical systems including the power converters for the MeyGen Phase 1B project in June 2019.

ETA, a subsea cable specialist based in the UK, was contracted to design and deliver the subsea tidal turbine connection system for Phase 1B of the MeyGen tidal energy project in February 2019.

ABB was the main contractor for all onshore construction activities as well as for grid-connection of the MeyGen Phase 1A project. It subcontracted John Gunn & Son for civil construction works.

James Fisher Marine Services was engaged as the main contractor for offshore construction works, including the installation of tidal turbines and subsea cables. It was also selected as the operations and maintenance (O&M) service provider for the MeyGen Phase 1A tidal turbines for a period of five years, in September 2016. 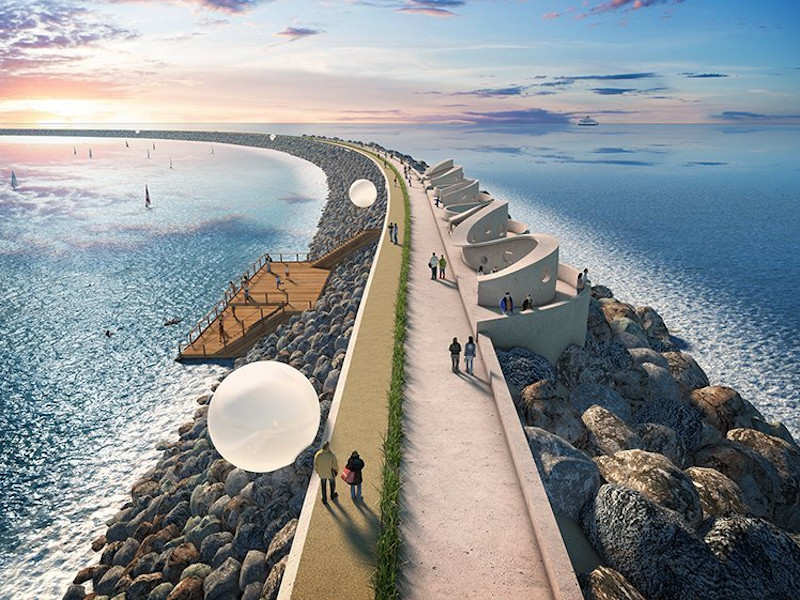