As the global energy transition away from fossil fuels continues, the importance of diversifying green energy portfolios grows increasingly prevalent. Today, waste heat recovery is a competitive choice when compared with other renewable sources of energy, and offers a number of advantages over solar and wind power. With more than 20 years of experience in the power industry, Exergy – one of the leading providers of Organic Rankine Cycle (ORC) systems used to produce electricity from waste heat resources such as industrial processes and gas turbines and engines – offers some insight into the benefits waste heat recovery has over other renewables. 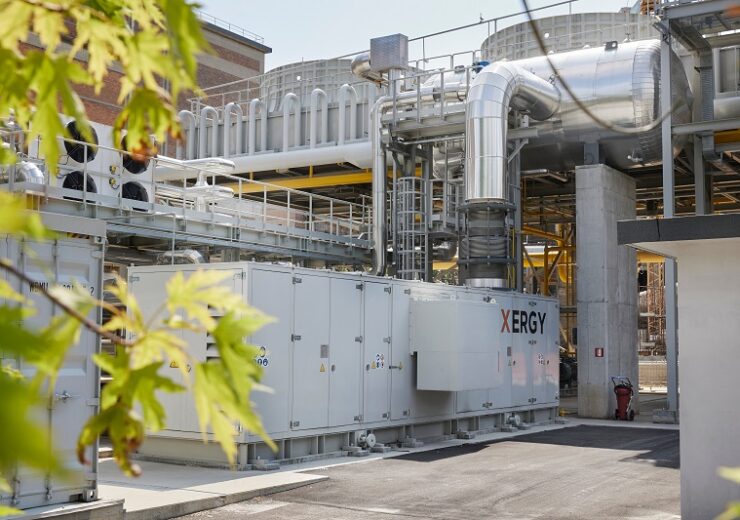 The history of waste heat recovery in terms of maximising energy efficiency stems back to the 1920s, but in recent years the technology has made great strides forwards, positioning it as a genuine contender in the field of sustainable power generation alongside wind and solar power. Zero-emission waste heat recovery systems produce electricity by harnessing the exhaust heat from industrial processes and help businesses to become more energy-independent, decreasing the demand of primary energy from the grid.

When compared with other renewables, waste heat recovery offers a number of advantages. While wind and solar power are both reliant on weather conditions, they are by far the most widespread renewable energy technologies. The main issue with both is the problem of intermittency – the energy produced by wind and solar platforms on a day-to-day basis can differ greatly. Low wind levels or cloud cover are enough to limit performance, and that’s before we look at longer-term issues.

When the wind doesn’t blow

In the summer of 2021, much of Europe experienced a ‘wind drought’, which saw wind speeds in many places fall to about 15% below the annual average. In other places, the drop was even greater. In the UK, for example, it was one of the least windy periods in the past 60 years, and the effect it has on energy production was notable. In September 2020, wind power produced around 18% of the UK’s energy. In September 2021, it was down to a mere 2%. To make up the difference, two previously shut-down coal plants were reopened.

This wasn’t an outlier. According to Horizon, the EU Research & Innovation Magazine, the world has been getting gradually less windy for decades. By 2100, according to the Intergovernmental Panel on Climate Change, average annual wind speeds could drop by up to 10%, which would have a disastrous impact on wind energy production.

On the other side of things, when wind levels defy this downward trend and outperform expectations, new issues arise. In May 2022, some wind farms connected to the local energy grid in the west of Scotland were asked to reduce their output by 25MW, as unusually high winds led to the production of more wind energy than the grid could cope with.

A waste heat recovery system, on the other hand, operates internally, alongside industrial processes. As long as those processes operate, generating waste heat in turn, recovery systems such as the Organic Rankine Cycle can produce electricity continuously. Industrial processes that operate on a set timetable, such as in gas refineries or cement plants, can provide a stable and constant level of electricity production. This level of predictability makes delivery to the grid much smoother, providing reliable energy to the end user all year round.

However, one of the main challenges facing waste heat recovery is that it does not qualify for many incentive policies because it is not considered an equivalent to other renewable sources. In the US, for example, out of the 37 states with energy efficiency resource standards, only 11 explicitly recognise waste heat recovery technologies, while all 37 include solar and wind.

A comparison of CO2 emission reduction

According to a study conducted by ICF International, a global consulting and technology services company based in the US, waste heat recovery systems offer similar or higher avoided grid emissions rates per MWh of generation when compared with solar or wind power. The study analysed the emissions reduction potential of waste-heat-to-power (WHP), solar photovoltaics (PV), wind, and gas-fired combined heat and power (CHP) systems in three US locations – Los Angeles, California; Columbus, Ohio; and Baton Rouge, Louisiana.

At the same time, ICF also analysed the annual carbon emissions impact of 1MW of WHP compared with PV, wind, and CHP systems of equivalent generation capacity. It found WHP systems to have the highest avoided grid emissions on a tons/MW-year basis, due to its high annual capacity factor. For an equivalent capacity, WHP systems displace substantially higher amounts of grid electricity and associated grid emissions compared with other generation technologies. At its highest point, in the Los Angeles location, the WHP system for 1MW saw a reduction of 7,332t of CO2 emissions per MW-year. For contrast, the same site saw a reduction of 1,373t for PV and 2,456t for wind. As we see, then, not only is waste heat recovery comparable to other renewables but it can also outperform them in certain areas.

Another benefit of green energy from waste heat recovery is that when you decide to install a renewable energy plant, those looking to make use of fields of solar panels or wind farms frequently run into issues with local residents and NIMBYism. Waste heat recovery systems, which are typically installed inside industrial areas with private owners within pre-existing industrial sites, have a lower environmental footprint when compared with that of wind and solar.

Waste heat recovery systems are also flexible in terms of placement and can be run even in areas without readily available water resources. For remote sites, which are not easily connected to the grid, this makes it much easier to produce energy on-site – this is of particular value for use in the oil and gas industry, where pipelines or compressor stations are often far from urban areas. Unlike other forms of renewable energy, whose practicality is determined by a number of factors, the only requirements for waste heat recovery systems are that there is sufficient waste heat potential to recover in order to make the project economically feasible and which is inside a suitable temperature range. Once that box is ticked, it is good to go. For all these reasons, increasing the profile and incentive policies for waste heat recovery will go a long way in helping to diversify zero emission energy offerings, and governments and governing bodies around the world need to give this serious consideration in the coming years – after all, there’s still a long way to go on the road to decarbonisation.