Finnish technology group Wärtsilä has been awarded a contract by SEPCOIII Electric Power Construction (SEPCOIII) to provide the generating equipment for a new 145MW gas-fired power plant in Myanmar. 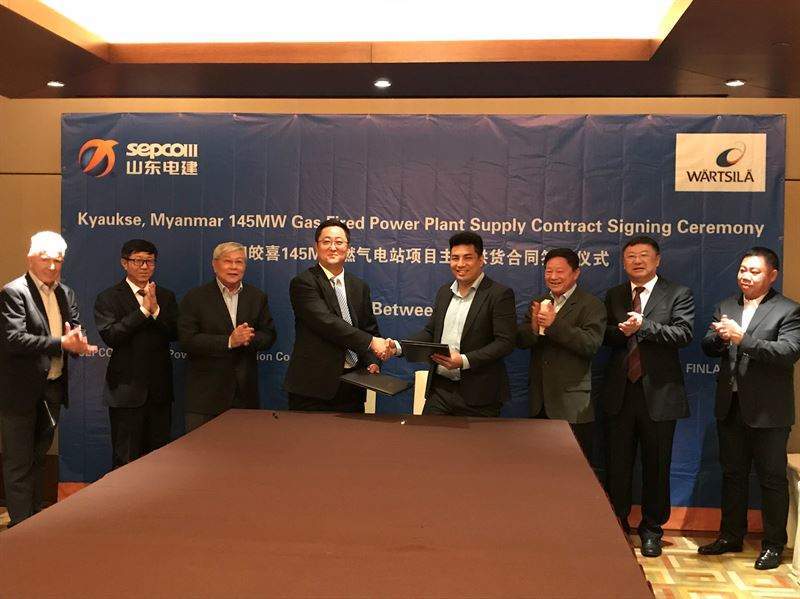 Under the contract, Wärtsilä will supply eight Wärtsilä 50SG gas fuelled engines for the power plant which will be located in Kyaukse township, Mandalay region.

China-based SEPCOIII is the EPC contractor for the project, which is aimed to help reduce power shortage in Myanmar. The power generated by the new facility will be fed into the national grid.

“Wärtsilä’s capabilities to meet the demanding delivery requirements, and the flexibility of its engines, were cited as key factors in the award of the contract,” Wärtsilä said in a statement.

Being built on a fast-track basis, the power plant is scheduled to enter operational phase during the first quarter of 2019.

SEPCOIII president Wang Li said: “This is an important energy development that will provide a reliable power supply to the neighbouring communities. Wärtsilä was selected because of the reputation of its engines for efficiency, flexibility and reliability.”

Wärtsilä said it has supported the two sponsors for the project including National Infrastructure (NIHC) and Myanmar Chemical and Machinery (MCM).

NIHC managing director U Maung Kyay said: “We have a very short deadline for having everything delivered, installed, commissioned and operational, and we are more than happy that Wärtsilä is able to meet this deadline.

“Their cooperation has been a critical factor in delivering much need electrical power to this region of the country.”

In May, Wärtsilä secured a contract from HF Power to supply generating equipment for a 113MW power plant to be built in Chowmuhoni, Bangladesh.

As per the contract, Wärtsilä will supply 12 Wärtsilä 32 engines running on heavy fuel oil (HFO) for the proposed plant, which is planned to be commissioned by June 2019. Delivery of the engines is scheduled for October 2018.