Wärtsilä has received a total of 22 engine orders for the upgraded version of its Wärtsilä 20 engine. 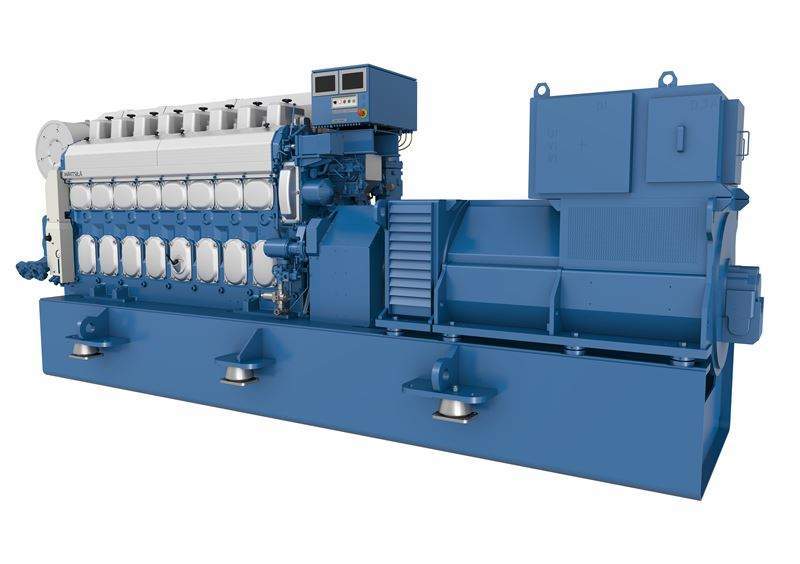 These orders have been received for merchant auxiliary power application in three major shipbuilding projects. The orders, which were booked in June, have been contracted with Wärtsilä Qiyao Diesel Company Ltd (WQDC), the joint venture company of Wärtsilä and Shanghai Marine Diesel Engine Research Institute (SMDERI).

The engines will be installed in 11 new vessels being built in shipyards owned by China Shipbuilding Industry Corporation (CSIC). The ships have been ordered by China COSCO Shipping and COSCO Shipping Bulk. In each case, the increased power output of the new Wärtsilä 20 engine and fuel flexibility were cited as major factors in the purchasing decision.

On a power to weight ratio, the upgraded Wärtsilä 20 is rated as best in its class. Furthermore, the engine design allows for conversion to dual-fuel operation. The opportunity for conversion at a later stage is seen as an attractive option for owners and operators when preparing for upcoming emissions legislation, most notably the global 0.50% sulphur restrictions entering into force in 2020.

We are pleased to again be working with China COSCO Shipping, a company with whom we have enjoyed a long relationship. We also congratulate our colleagues at WQDC and SMDERI for their hard work in successfully negotiating these contracts.”

COSCO Shipping Bulk Wang Minghao said: “Owners are today more than ever seeking the best value for their investment and flexibility. We are convinced that for these auxiliary applications, the new Wärtsilä 20 engine provides this. Wärtsilä’s excellent support, both local and global, is also much appreciated.”

The upgraded Wärtsilä 20 engine was launched to the market in December 2017 as a more powerful version of the well-established and robust Wärtsilä 20 diesel engine, featuring an increased cylinder output of up to 220kW/cylinder and with possible conversion to the Wärtsilä 20DF engine. Orders have now been placed for 53 units to date and the first engine deliveries were made in May, 2018 for a ROPAX Ferry Auxiliary Engine Application. The new Wärtsilä 20 engine family covers a power range from 700kW to 1980kW in 4L-9L cylinder configurations with nominal speeds of 900, 1000 and 1200rpm. The engine is available for a wide range of marine applications including Mechanical Main Propulsion Engine, Diesel Electric Main Propulsion Generating Set, and as an Auxiliary Generating Set.