All the energy that the factory uses comes from renewable sources, such as hydropower and biofuels 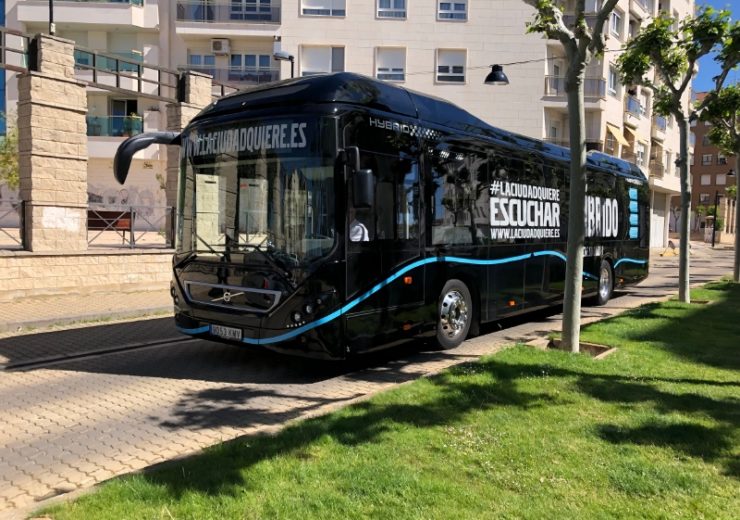 Volvo’s bus plant in Borås has now become one of the first bus production facilities that relies solely on renewable energy. All the energy that the factory uses comes from renewable sources, such as hydropower and biofuels. The factory’s overall energy consumption has also been reduced by 15 per cent in just the past few years.

Since the Volvo Buses production plant in Borås now solely relies on renewable energy for its operation, it has been certified by Volvo as a “Renewable Energy Facility”. The certification was issued following a number of steps designed to minimise the factory’s climate footprint.

“We are of course very proud that we have reduced our climate impact by only using renewable sources and all the energy we purchase is fossil-free. The electricity comes from hydropower, our district heating is provided by biofuels, and the fork-lift trucks in the factory run on electricity or HVO, which is a renewable fuel,” says a proud Joakim Wretman, Production Manager at the Volvo Buses Borås plant.

In recent years, the factory has also implemented a number of measures that together cut energy consumption by 15 per cent.

“For instance, we have replaced conventional fluorescent bulbs with LED light fittings and the manufacturing plant’s lighting is regulated automatically so it is only active during actual production. We also ensure that no electricity-consuming equipment remains switched on when it is not needed,” adds Joakim Wretman. “We have noted immense enthusiasm on the part of all our employees, and our local partner has contributed both know-how and practical solutions.”

In order to reduce the plant’s climate footprint, cooperation is needed. Yet another example is the Borås factory’s participation in Autofreight, a project designed to reduce transportation between the Viared Logistics Park and the Port of Gothenburg. It’s a solution that already from day 1 helped cut CO2 emissions by about 30 per cent.

Reducing the climate impact of production is one of several aspects of Volvo Buses’ environment-enhancing work.

“We regard our products in a lifecycle perspective and work tirelessly to reduce our environmental impact at every stage, from production, to daily operation, reuse and recycling. Up-to-date examples are our ongoing projects for repurposing our electric bus batteries, which can now enjoy a second life as energy storage units in homes,” explains Andreas Carlén, Energy Efficiency & Environment Director at Volvo Buses.

Volvo Buses’ hub for the production of bus chassis.
Has a capacity of approx. 10,000 bus chassis to be built every year.
About 300 people work here.