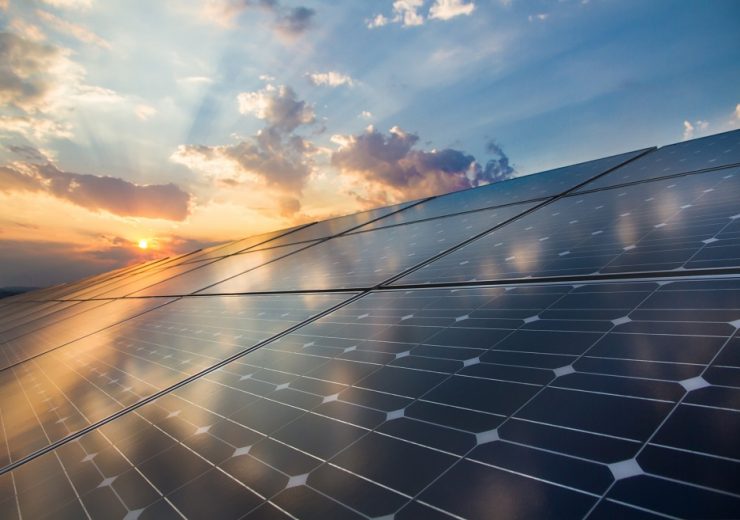 China produces much of the world's supply of materials used in solar panel manufacturing (Credit: foxbat/Shutterstock)

The US government has issued an import ban on some Chinese polysilicon products used to manufacture solar technologies, citing concerns over claims of forced labour in the Xinjiang region.

Customs officials have been ordered to immediately begin detaining silica-based products made by Xinjiang company Hoshine Silicon Industry and its subsidiaries, as well as any other goods produced using those materials.

Hoshine and four other Chinese companies – Xinjiang Daqo New Energy, Xinjiang East Hope Nonferrous Metals, Xinjiang GCL New Energy Material Technology, and XPCC – have been blacklisted by the US Commerce Department, a move that restricts US companies from exporting products or technologies to them.

Much of the polysilicon material used to build solar panels globally is produced in Xinjiang, but allegations of human rights violations in the region, particularly against Uyghur and other ethnic minority groups, have created controversy over the use of supply chains that rely on the region.

A White House statement said: “State-sponsored forced labour in Xinjiang is both an affront to human dignity and an example of the People’s Republic of China’s unfair economic practices.

“The United States will not tolerate forced labour in our supply chains and will continue to stand up for our values and for US workers and businesses.

“This includes maintaining support for the development of transparent and diverse clean energy supply chains at home free of forced labour — and supporting President Biden’s commitment to bold climate action, the domestic solar industry, and the jobs this vital industry creates.”

China’s Foreign Ministry spokesman Zhao Lijian said China “strongly condemns” the import ban, claiming the allegations of forced labour and genocide in Xinjiang to be “the biggest lie of the century”.

“The US abuses its entity list [the Commerce Department’s blacklist] to suppress Xinjiang’s photovoltaic industry,” he added. “This not only violates international trade rules and the principles of the market economy, but also undermines the global industrial [sic] and supply chains.”

Diversifying the solar supply chain poses a dilemma for both President Biden and US solar industry, who on the one hand would like to reduce trade dependence on China while at the same time target a rapid clean energy expansion that will require materials not currently manufactured at scale in the US.

The Solar Energy Industries Association (SEIA), a US trade group, recently reported record-setting growth for domestic solar installations during the first quarter of this year, saying the country can aim for 250 gigawatts (GW) operational capacity by 2026.

But it also warned supply chain constraints could restrict growth in the market, due to a reliance on imports from abroad and the consequent impact of trade disruptions on material costs.

She added: “Solar energy manufacturing is intensely competitive globally, and overseas manufacturers are often aided by significant support from local and national governments through a variety of public investments.

“If we want to compete in this environment, the US government must also invest in its manufacturers across the entire supply chain, and these investments must be long-term and multi-faceted.