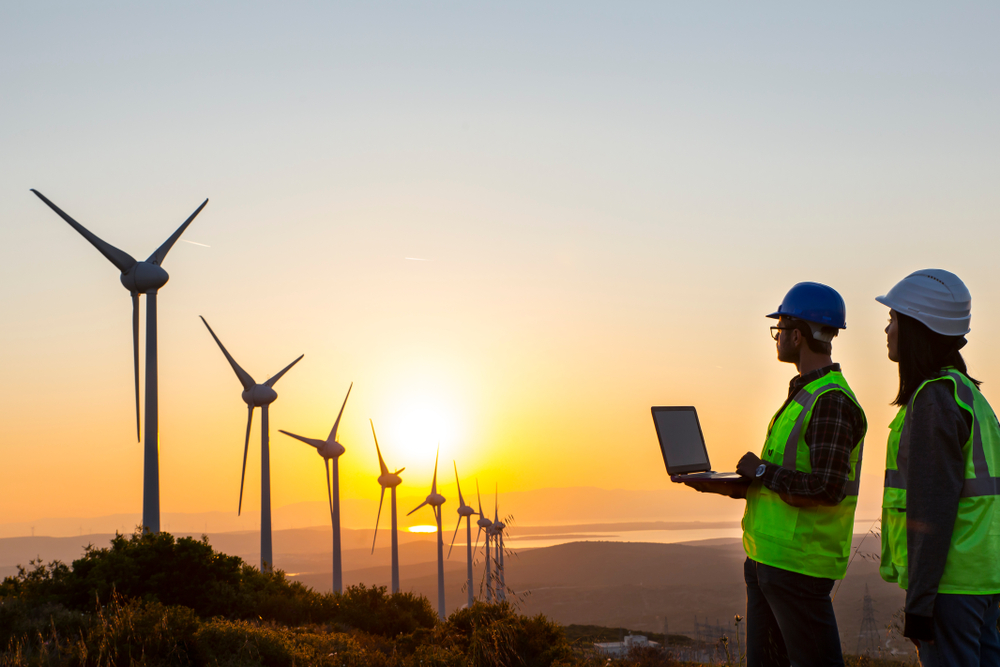 The rise in renewable energy job opportunities in the US comes as the Biden administration aims to rapidly reduce the nation's carbon emissions (Credit: Shutterstock/BBSTUDIOPHOTO)

The renewable energy boom is set to create between 500,000 and 600,000 new jobs in the US across solar, wind, and battery storage technologies by 2030, according to a report.

The analysis by the American Clean Power Association (ACP) finds that higher-than-average pay and significant union coverage will be key aspects of the clean energy employment future over the next decade.

The rise in renewable energy job opportunities comes as the Biden administration aims to rapidly reduce the US’s carbon emissions, with clean energy placed at the heart of the transition.

“Clean energy jobs are quality jobs, and America is about to create a lot more of them as we work together to achieve our country’s economic and climate goals,” said ACP CEO Heather Zichal.

“Clean power workers make a good wage, operate in safe and healthy conditions, and are part of a dynamic and growing industry that is making America a safer, healthier, and cleaner place.”

One of the biggest challenges to meeting the Biden administration’s clean energy goals will be getting enough people trained and added to the workforce as quickly as possible, according to Zichal.

She believes this is a “once-in-a-generation opportunity for massive job creation”, with high demand for a diversity of roles in manufacturing, construction, project development, and operations.

ACP’s report, which was prepared by BW Research Partnership, shows that reaching 50-70% renewable energy generation by 2030 would create 500,000-600,000 jobs across the solar, wind, and battery storage industries.

The industry body’s analysis claims these jobs will be spread across the country, in red states and blue states, offering many US workers “above-average wages”.

There are already more than 415,000 employees across the 50 states that make up the wind, solar, and energy storage workforce. These careers are some of the fastest-growing occupations in the country – with wind technicians the country’s fastest-growing role, and solar installers coming in at number three.

Wind technicians – an occupation that does not require a four-year college degree and is expected to experience the greatest increase in workers – made an average of $59,340 in 2020, which is 5% higher than the national average wage.

The report notes that demand for electrical and civil engineers will also be high – occupations that pay 41% to 47% more than the national average.

ACP claims union labour is an “important component” of clean energy development, as it believes unions are “pivotal” to preparing the high-skilled labour force needed to deploy renewable and battery storage capacity across the nation, as well as ensuring high job quality for these new positions.

Many of the clean energy jobs created by 2030 will be in industries with high unionisation rates, according to the report.

For battery storage, about a quarter of jobs will be in manufacturing, with an additional 17% in construction. Construction and manufacturing have 13.4% and 9.3% unionisation coverage rates.

The industry body expects there to be “significant gaps” in the supply of wind turbine technicians, PV installers, semiconductor technicians, metal fabricators and fitters, and electricians and electrician helpers, as well as increased demand for workers across dozens of other occupations over the next decade.