Increased support for mine energy can help the UK reach its net-zero target, urges report 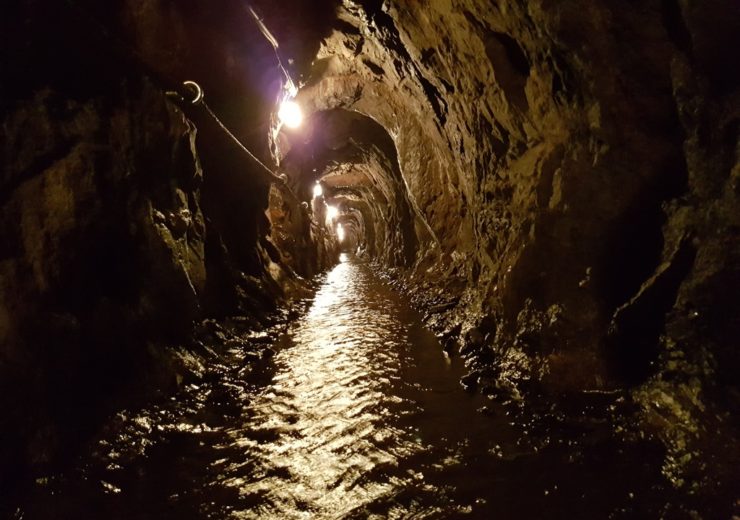 Water that floods mine shafts is naturally heated through geothermal processes (Credit: PxHere)

The UK government has been urged to provide greater support for mine energy as a key low-carbon heat source as the nation aims to reach net-zero emissions by 2050.

A new white paper published by the government-funded Mine Energy Taskforce and Local Energy Hub Network outlines how the introduction of large-scale mine energy schemes can support Westminster’s “levelling up” agenda by bringing immediate and direct economic benefits to coalfield communities and businesses across the country.

Mine energy is the extraction of natural geothermal-heated water that has gathered in the underground networks of former deep coal mines. Over time, water is warmed to about 12-20C.

Using heat pumps, some of the heat can be extracted and used to heat fresh water, which can then be used to provide low-carbon heating and hot water for use in domestic and commercial buildings through heat networks, for example.

According to the report, the heat from the water is abundant and widely distributed – and if managed correctly – can be constantly available at a self-sustaining and consistent temperature.

“At the heart of this government’s agenda are three key priorities – the development of new and innovative sources of employment and economic growth, rapid decarbonisation of our society, and levelling up – reducing the inequalities between different parts of the UK,” said Lord Callanan, parliamentary under secretary of state at the Department for Business, Energy and Industrial Strategy (BEIS).

“Mine energy, the use of the geothermally heated water in abandoned coal mines, is not a new technology, but it is one with the potential to deliver thousands of jobs and drive economic growth in some of the most disadvantaged communities in our country.”

One quarter of the UK’s homes and businesses are sited on former coalfields. The Coal Authority estimates there is sufficient energy in the geothermal water found in former coal mines to heat all of the homes on the coalfields.

The report highlights that the Coal Authority mine water treatment plants are the most convenient and cost-effective way of accessing mine water heat, but the heat can also be accessed through mine shafts and boreholes.

If the 42 schemes currently identified in the Coal Authority’s pipeline were to be built, they would collectively generate projected carbon savings of 90,500 tonnes per annum, according to the analysis.

“Decarbonising heat is one of the greatest challenges facing us today, particularly as economies transition to net zero,” said Andrew Clark, energy programme lead at the North East LEP, who commissioned the white paper.

“Some of UK’s largest mine energy projects are being developed in the north-east, so it made sense for us to lead the exploratory work in this area.

“Building on our Energy for Growth programme, and with the support of other LEPs in the north-east and Yorkshire and the Local Energy Hub network, we convened a Mine Energy Taskforce, which has grown to become a national community of interest with over 40 cross-sector organisations around the UK sharing their extensive knowledge and experience.”

Clark highlighted that the government expects the UK’s low-carbon economy to grow four times faster than the rest of the economy to 2030 and he believes mine energy can be used to “accelerate this further”, while achieving the net-zero aspirations.

“The north-east has a rich mining heritage so we are well-placed to tap into the potential benefits and opportunities presented by mine energy,” he added.

Despite what the report refers to as the “compelling narrative” of using the UK’s legacy fossil fuel infrastructure to support a low-carbon future, mine energy is yet to be deployed at scale.

It highlights that one of the energy sources key advantages is the potential environmental and economic benefits it provides in post-industrial mining communities, particularly those that have experienced significant economic and social decline.

The analysis shows that the 42 schemes identified by the Coal Authority would create up to 15,227 new jobs and contribute £793m ($1.1bn) in Gross Value Added (GVA), including direct, indirect and induced economic effects.

“Reusing this infrastructure, which was created with huge human effort, offers a renaissance for coalfield areas through an opportunity to deliver low-carbon heat and support regional economic growth.”