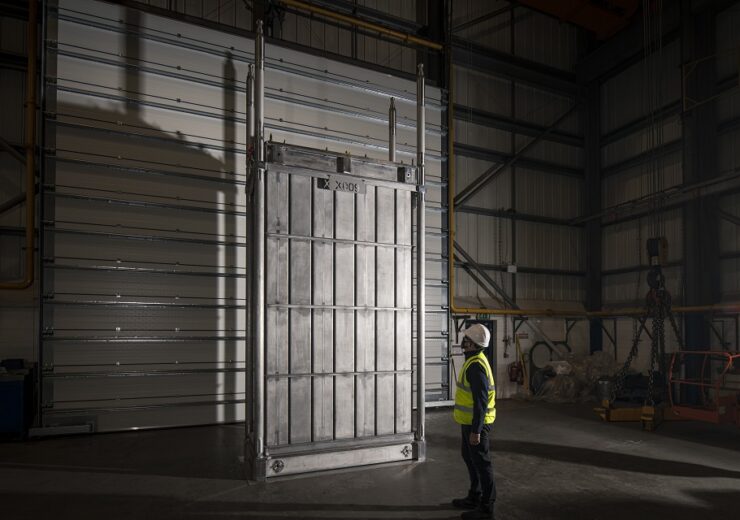 The 63 can rack, Hybrid 1 design is capable of storing 63 fuel cans in one rack. (Credit: GOV.UK)

Expected to save £2bn on the nuclear-decommissioning costs for the country, the Hybrid 1 63 Can Rack is capable of tripling the number of fuel cans that can be held in one underwater storage container, at one stroke.

The new nuclear space saver is claimed to be an important breakthrough as the space is limited in the country’s only storage pond for Advanced Gas-cooled Reactor (AGR) fuel, at Sellafield’s Thorp plant.

In addition to saving decommissioning costs, the new nuclear space saver would help in reducing the time to remove fuel from AGR reactors.

Currently, the country has seven 7 AGR power stations, that are all operated by EDF Energy.

Sellafield AGR operating programme manager Andrew Pringle said that new solutions are considered to store the nuclear fuel as the AGR stations are coming to the end of their operational lives.

Pringle added: “The current storage compartments can hold up to 20 fuel cans. We knew this wouldn’t be enough. So for a number of years, we’ve been working to design a solution.

“The answer is the 63 can rack, Hybrid 1 design. As the name suggests, it can store 63 fuel cans in one rack.

“The first rack has been placed in the Thorp Receipt and Storage Pond. We have a further 15 to follow and then the Hybrid 2 Rack, which is an enhanced design to optimise manufacturing, will be used to store fuel cans.”

The Cumbrian collaboration is due to developing a total of eight Hybrid 1 design racks while a further eight units are being manufactured by Grahams Engineering.