Trina Solar has received an order from Cobra to supply 190MW PV panels for a large solar plant in Spain. 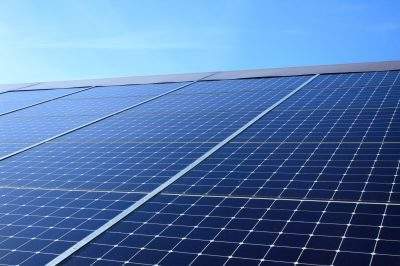 Trina Solar stated that it will supply its 560,000 TrinaPro PV units of TSM-PE14H multicrystalline half-cut cell modules and a corresponding 6,206 single-axis tracker units for the solar plant.

The solar modules will be mounted on the trackers, allowing the modules to follow the sun at optimum angles, thus receiving maximum sunlight and can generate up to 25% more power in stable conditions.

ACS Group and its subsidiary Cobra have secured engineering, procurement and construction (EPC) contract for this project, which will be located in Alcázar, Ciudad Real province (Spain). The solar project is expected to come online by the end of next year. Trina Solar claims that this project is set to become the first of many TrinaPro projects in Europe.

Trina Solar module business Europe head Gonzalo de la Viña said: “We are delighted that Cobra has placed their trust in the superior quality and performance of Trina Solar products again for this new impressive project in Spain.

“This new sales agreement for the supply of 190MW follows the recent order of 167MW for the biggest project in Europe which is under development in Murcia, Spain.”

In June this year, Trina Solar had won a bid to construct a 250MW Top Runner solar plant in Tongchuan, Shaanxi, China. The company stated this was the first project to use its TrinaPro smart PV solution.

The Chinese PV module-maker also said that it will install bifacial dual glass modules which are claimed to have 20.67% efficiency, along with Nclave trackers and inverters.

The ‘Top Runner’ project is a dedicated PV supporting program started by China’s National Energy Administration (NEA) in 2015. The project has been designed to provide the deployment of advanced PV technologies and the upgrading of manufacturing for the entire industry in the country.