Total and its partners have achieved full-field production from the $16bn Kaombo project offshore Angola by bringing on stream a second floating production storage and offloading (FPSO) unit. 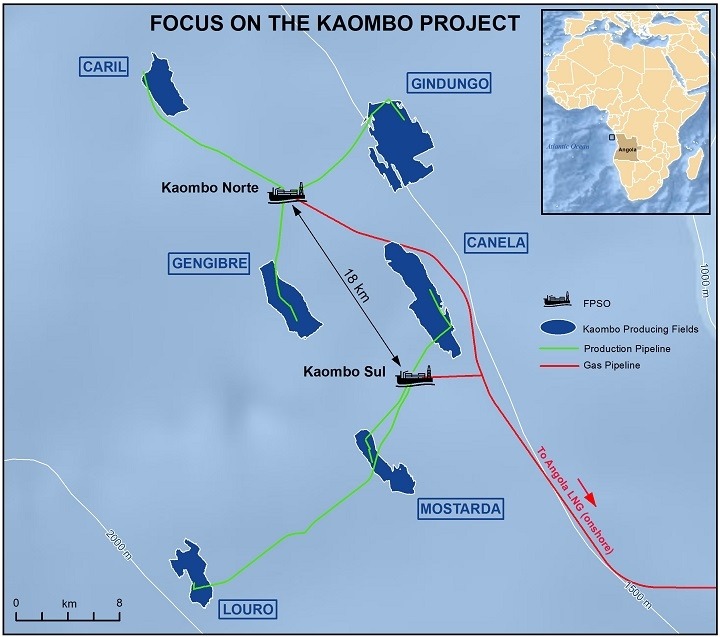 The vessel, called Kaombo Sul, will draw an additional 115,000 barrels of oil per day (bopd) from the Kaombo project, thereby increasing the overall production capacity of the offshore Angolan development to 230,000 bopd. Total claimed that the production from the two FPSOs amount to 15% of production in Angola.

The offshore Angolan project, which is located 260km off the Luanda cost, in water depths in the range of 1,400-2,000m, involves development of six fields that span an area of 800km2.

The Kaombo Norte FPSO, which also has a capacity of 115,000bopd, produces from the Gengibre, Gindungo and Caril fields.

Production from the Kaombo Norte FPSO began in July 2018. On the other hand, the Kaombo Sul FPSO produces from the Mostarda, Canela and Louro fields.

Like in the case of Kaombo Norte FPSO, the associated gas produced from the Kaombo Sul FPSO will be exported to the Angola LNG plant, said Total.

The Kaombo project, which is contained in Block 32, features a large subsea system that will include 59 wells connected to the two FPSOs. Total said that more than 60% of the wells have been drilled so far.

The French oil and gas giant is the operator of Block 32 with a stake of 30%. Its partners in the offshore Angolan project are Sonangol P&P (30%), Sonangol Sinopec International 32 (20%), Esso Exploration & Production Angola (Overseas) (15%) and Galp Energia Overseas Block 32 (5%).

Total exploration and production president Arnaud Breuillac said: “Leveraging the experience of Kaombo Norte, Kaombo Sul started up in the best possible conditions. This second FPSO stands out as an excellent example of standardization to reduce costs and improve efficiency. Its start-up will contribute to the Group’s cash flow and production growth in 2019 and beyond.

“This achievement demonstrates once again Total’s commitment to Angola, as the Group develops short cycle projects on Block 17 in parallel and prepares to drill an exploration well on Block 48.”

Total’s new projects in Angola are the CLOV phase 2 project and the Dalia phase 3 project. In May 2018, the oil and gas major launched the Zinia 2 project offshore Angola in Block 17.