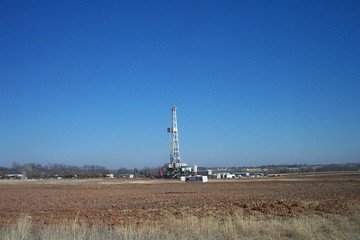 The rig has low hours and will be ideal for obtaining coal and gas data in regions of sparse geological information, noting that the Company holds 100% of licences covering over 8,000 Km2.

Tlou already has its own desorption testing facilities onsite which allows the Company to test core-hole samples without the requirement to mobilise third party personnel.

Owning the core rig and gas testing equipment is expected to greatly reduce the cost of Tlou’s core-hole drilling and allows the company more flexibility and control of proposed coring operations.

In advance of this planned work, long lead items have been ordered and drilling rig selection is progressing with drilling of the first of the pods scheduled to begin later this quarter.  Note that the rig required for these pods is a larger unit than the core drilling rig mentioned earlier and therefore is being externally sourced.

Tlou completed a seismic survey in late 2017 and a core-hole drilling program in early 2018.  Following this work the company obtained a substantial upgrade of gas reserves.

In addition, a significant amount of vital sub-surface information was acquired by the Company which continues to be assessed by Tlou’s independent consultants.

This process is nearing completion and a final report detailing optimum locations for the new gas production wells will be completed in the near term.