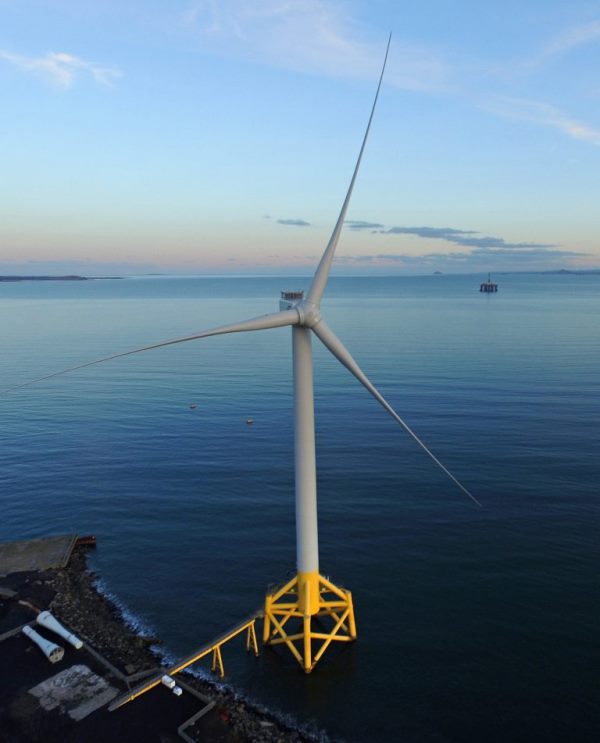 An independent survey carried out among key stakeholders in the offshore wind sector has revealed that more needs to be done when it comes to adopting and sharing new data and digital technologies.

Almost all participants who took part in the research (94%) said there is a gap between the way in which the offshore wind industry currently operates, and how it should be operating in order to extract the full value from data and digital technologies. One third of the respondents (31%) also admitted to having a low or very low understanding of data and its potential for the sector.

The Digital Innovation Priorities Survey was commissioned by the Offshore Renewable Energy (ORE) Catapult with the aim of identifying the biggest data and digitalisation challenges currently facing the offshore wind industry. It also looked to uncover what measures could be taken to break down the barriers that exist to realising the potential of data and digitalisation for future growth in the sector, by exploring ways in which bottlenecks can be addressed and how ORE Catapult can help move the industry forwards.

Improving the way in which the offshore wind industry gathers and uses data, analytics and insights is seen as vital to the sector’s success and in achieving the ambitious growth targets set out in the recently announced joint UK Government-industry Sector Deal, which will see at least 30GW installed UK offshore capacity by 2030, creating 27,000 jobs.

Turbine data accessibility and an unwillingness for organisations to share data with each other were cited as two of the main bottlenecks the industry is currently contending with, along with a lack of digital capability to understand and analyse data and turn it into actionable insight. More than a third of people (37%) said the sharing of data needs to be encouraged, while one fifth (20%) said increasing the standardisation of data formats would help the sector to better understand and take advantage of the information being presented to them.

Dr Conaill Soraghan, Data & Digitalisation Team Leader at ORE Catapult, said: “It is our ambition to drive the ‘Race to Zero’ human intervention initiative here in the UK, and to champion the new technology that can help us achieve that ambitious goal of minimising the time people have to spend offshore, which will enhance both safety and operating costs for offshore wind farms.  We believe that data and digitalisation are a key area of opportunity for the offshore wind sector. The industry generates huge amounts of data and the potential it presents are endless, particularly in terms of improving efficiency, aiding decision making, reducing running costs and solving operation and maintenance issues.

“However, this survey has revealed that there are significant challenges which exist around the effective management and usage of data. Data owners are struggling with data volume, modern digital technologies are not being exploited to process and analyse data, and many digital service providers are lacking awareness of, and access to, the offshore wind industry to develop solutions for the sector. Concepts and techniques in areas such as Big Data and Artificial Intelligence are yet to have an impact in offshore wind, and that’s something that needs to change if the sector is to embrace a more cost-effective future.”

Over 35 of the leading organisations in offshore wind were selected to provide detailed responses as part of the survey, including windfarm owner/operators, original equipment manufacturers, consultants and supply chain companies. Of the supply chain companies questioned, almost a quarter (22%) explicitly said they found it harder to sell their services to the offshore wind sector compared to other sectors. Elsewhere, assistance with data governance, machine learning applications, the development of digital twin models and analytical services were all cited as services which are yet to have been commissioned by the offshore wind sector.

When asked which other sectors the offshore wind industry should be learning from, oil and gas was cited most heavily (31%) followed by the aerospace and aviation (25%), automotive (23%) and electrical power (20%) industries.

Dr Soraghan adds: “Whilst highlighting some key areas that need improvement, our survey has also endorsed the relevance of the work we do at the Catapult. There is a consensus from respondents that we are in the best position to lead progress in terms of data and digitalisation for the industry, with 76% of respondents registering a positive view of the role we can play. We are acting on the survey’s findings and are determined to move forward with initiatives that will help the industry adopt a more efficient, effective, data-driven future.”