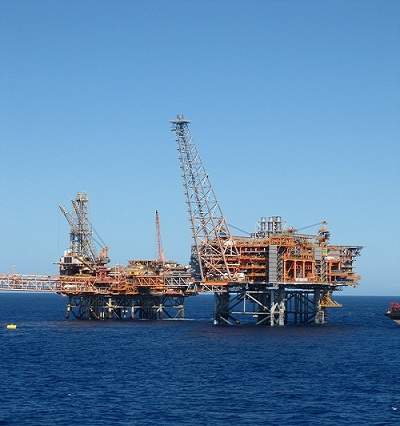 The midpoints of these ranges represent a flat capital spend compared to 2018 and a year over year production increase of approximately 10%, including estimated mandatory production curtailments, from approximately 730,000 boe/d in 2018.

The Government of Alberta has mandated compulsory production curtailments across the industry starting Jan. 1, 2019.

Although considerable uncertainty on the impacts of the curtailment remains, Suncor’s production guidance assumes the mandatory production curtailments are in place for three months before declining to 30% of initial levels for the remainder of 2019. This is consistent with the Government of Alberta announcement.

Cash operating costs are artificially higher as they reflect the impact on production from the Government of Alberta mandatory production curtailments. Suncor’s Oil Sands operations cash operating costs per barrel is $24.00 – $26.50 (US $18.25 – $20.15) reflecting lower 2019 planned maintenance and increased cost efficiencies.

Suncor Energy CEO Steve Williams said: “With Fort Hills successfully operating at target rates during Q4 2018 and Hebron on track to increase production ahead of schedule, our focus is on maintaining capital discipline and ensuring safe and reliable operations while growing the free funds flow of our business.

“As we look to 2019, the planned capital spend will include low capital intensity, high- return projects aimed at margin improvements, enhancing midstream logistics infrastructure and cost reduction initiatives to be implemented in the 2020 to 2023 timeframe.

“All of these projects and the corresponding value they represent are largely independent of market conditions and egress constraints, positioning us well to continue returning increasing free funds flow to shareholders through dividends and share buybacks and strengthening the balance sheet.”

Suncor’s 2019 capital range incorporates flexibility to respond to volatile market conditions with the mid-point of the range representing a flat capital spend and a lower investment in Alberta year over year.

The capital program is 63% allocated to planned sustaining and maintenance activities to ensure continued safe, reliable and efficient operations.

Capital for previously sanctioned E&P step-out developments will increase in line with the anticipated spend profile. Projects such as the coke-fired boiler replacement, Montreal coker and in-situ replication will continue to be progressed to allow for informed sanction decisions at the appropriate time.

“The market for Alberta’s heavy and synthetic crude oils has been significantly impacted by the lack of market access out of the region. As discussed on our Q3 earnings call, our strategy has been to mitigate such volatility by significant investment in integration between our upstream and downstream assets, such as upgrading and refining capacity, along with commitments to long-term take or pay pipeline access to markets, largely mitigating impacts to our cash flow in situations such as the one we are in,” said Mark Little, president and chief operating officer.

“Suncor has made long-term strategic investments to mitigate risk and create economic value and jobs for Albertans and Canadians.”

The disproportionate allocation of the production curtailment creates several potential unintended consequences, which Suncor is reviewing with the Government of Alberta and the Alberta Energy Regulator (AER), including:

Impact on safe and reliable facility operating levels, especially during cold winter months when we typically operate at high levels without planned maintenance. Suncor will not put the safety of our employees and contractors at risk;

Impact on crude oil upgraded and refined in Alberta, which has limited impact on Alberta egress constraints;

Failure to take account of historic and recent performance at Syncrude following the unplanned shutdown earlier this year;

Partial consideration for Fort Hills production following the completion of start up at the end of Q3 2018;

Impact on long-term take or pay pipeline commitments for access to the US Gulf Coast; and

Impact from the consumption of in-house diesel production used in mining operations.

Suncor’s production guidance reflects its current estimate of how these will be resolved.

Additionally, the Government of Alberta intervention creates long-term market uncertainty, and reduces any incentive for market participants to invest in crude oil processing facilities or commit to long-term transportation arrangements.

In the short term, the Government of Alberta action has resulted in winners and losers in the market, shutting in valuable upgrading throughput and has made transporting crude oil out of the province by rail uneconomic.

However, Suncor will continue to work cooperatively with the Government of Alberta and the AER to both identify and mitigate these concerns, and the company is working hard to minimize associated contractor layoffs.