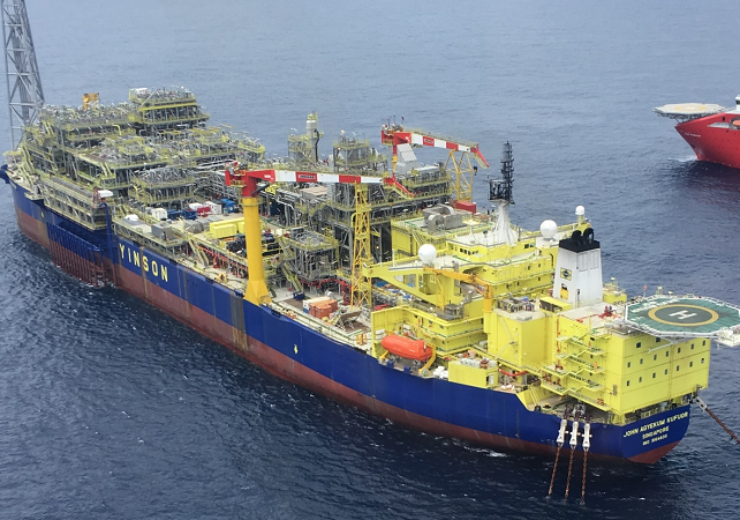 Sumitomo Corporation (Head Office: Chiyoda-ku, Tokyo; Representative Director, President and Chief Executive Officer: Masayuki Hyodo) has concluded an agreement with Yinson Holdings Berhad, a Malaysian offshore development services provider, to participate in the floating production, storage and offloading (FPSO) owning and chartering business for the Marlim II Project, off the Brazilian coast. Upon completion of the agreement, Sumitomo will have a 25% stake in the FPSO venture.

FPSO facilities are used by the offshore crude oil and gas production industry. They are designed to produce/process hydrocarbons, store oil, and offload it directly onto a tanker. As a preferred deep-water oil and gas production platform, demand for FPSOs is expected to grow in the coming years. With about 30% of the global demand generated in Brazil, the country is the world’s leading FPSO market.

The recent FPSO is planned to serve the Marlim oil and gas field revitalization project, which is operated by Brazil’s Petrobras and situated 150 kilometers off the Brazilian coast in the Campos Basin. The two entities co-owned by Sumitomo and Yinson, will sign agreements for owning/chartering and operation/maintenance with Petrobras. First production scheduled for the beginning of 2023, with a 25-year charter thereafter.

This project represents Sumitomo’s second FPSO business following the offshore Ghana oil and gas field development project, in which the company participated in 2018, and its first project where its participation commences during the construction phase. Through participating in the project from earlier phase through to operation and management, Sumitomo aims to acquire substantial knowledge and expertise on FPSO business management.

We will establish the marine infrastructure business, which encompasses FPSOs, as part of our new energy business domain, and create synergies from its integration with existing energy businesses. Through these activities, we will contribute to the stable supply of energy, particularly oil and gas.