Moltex Energy is developing a stable salt reactor based on technology from the 1960s, which it claims is much cleaner and cheaper than traditional nuclear reactors 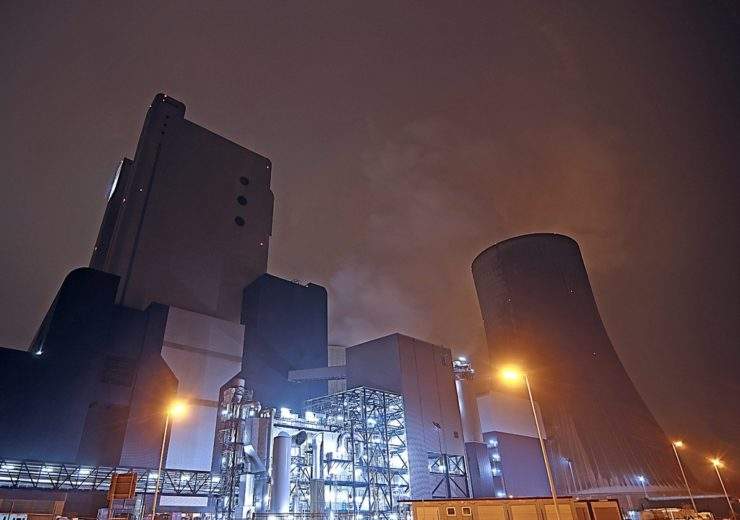 Nuclear energy has the potential to provide huge amounts of power to the grid but funding and long build times continue to derail its progress – the stable salt reactor might hold the answer.

Recent developments with facilities such as Wylfa Newydd make for grim reading, as investors continue to shy away from the relatively unattractive investment model presented by nuclear plants.

But it’s by no means guaranteed that the UK can meet its ambitious emissions targets at the same time as keeping its grid fully powered without their help.

Nuclear firm Moltex Energy is working on a stable salt reactor, which it claims could make nuclear power generation a significantly cheaper and cleaner process.

How a stable salt reactor could replace fossil fuels

Moltex’s Simon Newton says: “The UK, like the rest of the world, is caught in a squeeze.

“We can’t build renewables fast enough to meet energy demands and nuclear power is the only carbon-free alternative, but it’s unaffordable.

“The resulting gap can only be filled by fossil fuels, meaning we have no hope of slowing climate change.

“We believe there is a technology that solves the problem – our reactor design, which will generate electricity at one-third of the cost of Hinkley Point C and is cheaper than coal or gas.

“The government is still focused on old nuclear, and should do more to embrace an active future for simpler, cheaper advanced reactors developed in the UK.”

What is a stable salt reactor?

The stable salt reactors in development by Moltex – which has offices in Warwickshire, UK, and Brunswick, Canada – aim to be safer, cleaner and, perhaps most importantly, cheaper than traditional nuclear alternatives.

In the 1986 Chernobyl disaster, the two most damaging by-products were caesium 137 and iodine 131, which emerged in the form of gas and proved harmful to both land and people.

Producing them is a risk that accompanies any traditional water-cooled reactor, but in Moltex’s stable salt reactors these hazardous elements do not exist in the form of gas.

Instead they are bound in non-volatile salts, which can’t escape the plant in the majority of accident scenarios.

Simon says: “There’s about 12 companies working on similar technology at the moment – the Chinese are actually looking quite heavily into it and trying to work out if it’s a viable option.

“The upshot is you don’t have to build the same amount of containment equipment, which is usually one of the biggest costs for anyone building a nuclear power facility.

“It also means you save a lot of time, which can be a massive problem when it comes to getting people to invest, as nuclear plants take years to build.

“It’s not just a little bit cheaper – it’s fractions of the cost of traditional nuclear.”

Additionally, stable salt reactors can consume spent fuel and use it as energy, reducing the amount of radioactive waste that is becoming a global issue costing billions of pounds.

“They are much cleaner,” says Simon. “Our reactors can actually burn the waste that gets left behind by traditional reactors and turn it into fuel.

The stable salt reactor is based on the molten salt reactor, which can be traced back to the 1960s.

“It’s been around for decades, but back in the 1960s, most governments were looking into nuclear for its potential to build weapons,” explains Simon.

“But with the molten salt reactor, you can’t make weapon-grade plutonium.”

Experiments using molten salt reactors were first used to create energy that could act as an engine in nuclear-powered bomber planes.

Some successful tests were conducted at the Oak Ridge National Laboratory in Tennessee, US, but progress fizzled out in the 1970s.

Simon adds: “The technology only really works for power generation, therefore it was sort of left in the dark that time and it’s only beginning to resurface now.

“Because we keep our radioactive molten salt in standard fuel assemblies, these corrosion challenges do not arise.”

Implications for the grid

Moltex was chosen by Canadian utility firm New Brunswick Power out of a selection of 90 companies to deploy a stable salt reactor at its Point Lepreau site before 2030.

The company is also in the process of securing approval from UK regulators for its technology via the Generic Design Assessment (GDA) process.

For Britain, Simon argues stable salt reactors could be the answer to providing a carbon-free National Grid, as it features a reserve element, which acts in a similar way to solar panels and can store energy.

He adds: “As far as the grid is concerned, renewables are getting cheaper, particularly offshore wind, which is really promising.

“But if you’re going to have a balanced grid, it can’t rely solely on renewable power because it won’t be able to handle extreme conditions and rapid changes on its own.

“But our reactors can actually store energy, which can then be released to the grid as and when it’s most needed – essentially it means you really could have a carbon-free grid.”