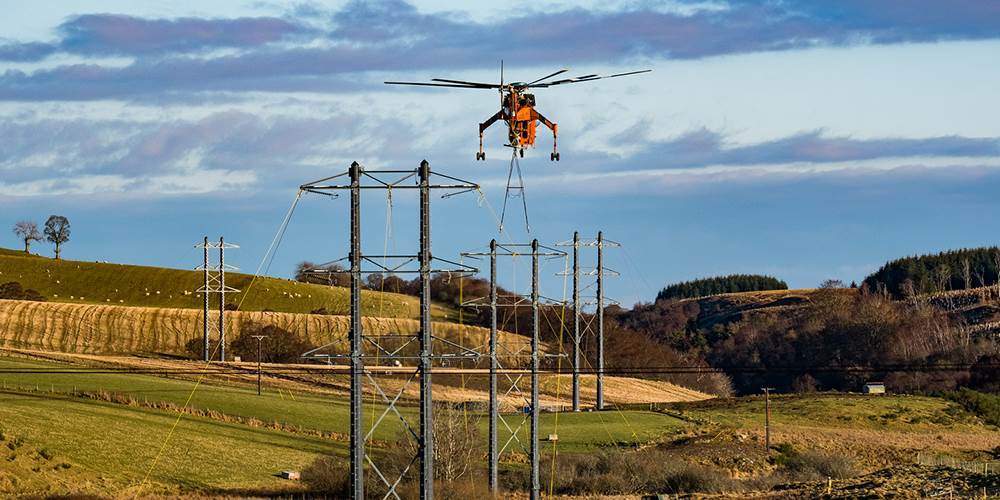 The Scotland-based energy company SSEN stated that recyclable composite poles were used, replacing the conventional steel towers or wooden poles to reduce the impact on land and to minimise disturbance to the local environment.

These poles were pre-constructed, keeping in mind safety and quality controls. Each pole was flown into position by a specialist helicopter to meet the tight timescales for the grid connection date.

All the 140 composite poles used in the transmission network were installed in five days, which is claimed to be quicker than conventional methods where cranes are used in the installation process.

SSEN lead project manager, Paul Higginbotham said:  “We are delighted we have delivered the successful energisation of the Dorenell wind farm connection on time, ready for our generation customer to start exporting to the National Grid.

“Despite being faced with a number of significant challenges to overcome, the innovative solution we developed with Balfour Beatty has ensured that we met the needs of our customer as we continue to enable the transition to a low carbon economy through the decarbonisation of the electricity system in the north of Scotland.”

This composite pole technology is already in use across Canada, the USA, Scandinavia and Ireland. It uses a durable composite polymer instead of the traditional timber. It is claimed to have been specially adapted to meet the terrain and environment of the north east of Scotland.

By using specialist air crane helicopter and durable composite plastic poles, Balfour Beatty is claimed to have overcome the rugged terrain in North East Scotland while minimising disturbance to the environment and community, the construction company stated.