SSE and Fluor have announced plans to bid Seagreen offshore wind farm project into the next Contracts for Difference (CfD) auction, which is expected to take place in Spring 2019. 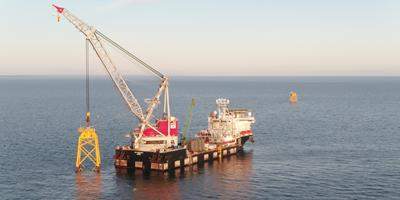 The offshore wind farm will be located 25km offshore from the Angus coastline off the outer Firth of Forth and Firth of Tay, Scotland.

It is expected to have the potential to power up to 670,000 homes, making a significant contribution to Scotland’s renewable energy generation capacity.

“Seagreen is seeking changes to its offshore planning consent so it can take advantage of these new innovations in turbine technology and deliver offshore wind power at the best value for money for consumers.”

Currently, SSE is involved in the construction of the Beatrice offshore windfarm, which is expected to have a total expenditure of £2.6bn.

SSE said: “Beatrice is expected to have a substantial impact on UK and Scottish jobs with construction investment likely to support more than 18,100 years of full-time employment in the UK, of which around 5,800 would be in Scotland.”

The firm said that the development and construction of Seagreen will seek to recreate the positive impacts expected from Beatrice.

According to the company, the construction phase of the Seagreen offshore wind project is estimated to have a significant socio-economic impact on the Scottish economy.

Planned to be developed through Seagreen Wind Energy, a 50:50 joint venture between, SSE and Fluor, the project is expected to be delivered in the early to mid-2020s if it secures a contract in the Spring 2019 CfD auction.