Solar Wolf Energy, a nationwide solar panel and system installer based out of Central Massachusetts, is happy to announce more than 50MW of solar energy under contract for solar farms all across the United States already in 2019. 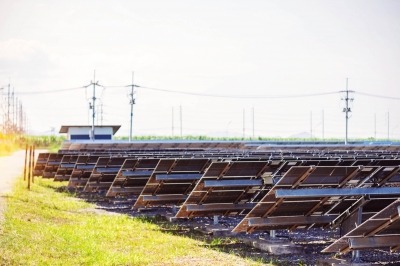 All the solar farms are classified as agro-photovoltaic farms, or solar farms on farms, which are even more beneficial to the land owners, investors, and those receiving and utilizing the energy. Maintaining Solar Wolf’s current rate of sales and growth, the quickly-expanding company will have more than 100 MW of agricultural solar farm-produced energy in its portfolio by year’s end.

“We’re excited about the opportunities we have to spread the benefits of renewable energy with even more people thanks to these solar farms,” said Solar Wolf Energy Chairman and CEO Ted Strzelecki. “We’re looking forward to working with the land owners, as well as banks and other serious financial investors to provide clean energy in New England and down through the Carolinas.”

The solar farms are just a portion of the diverse volume Solar Wolf already has installed or under contract for 2019, adding to residential and commercial applications located as far west as Texas.