Over the last five years, RNG use as a transportation fuel for heavy duty trucks and buses has increased almost 600% 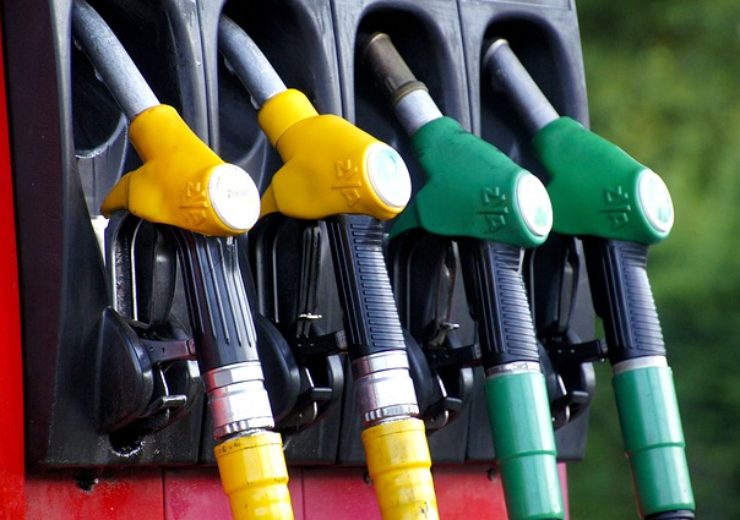 Southern California Gas (SoCalGas) vice-president Cedric Williams joined Bakersfield Mayor Karen Goh, and local air quality regulators to mark the grand opening of a new compressed natural gas fueling station located at 35118 McMurtrey Avenue in Bakersfield, CA. The new fueling station is open to the public and will exclusively offer renewable natural gas (RNG), a clean, sustainable fuel made from methane that would otherwise be emitted from landfills, dairy farms, and other waste sources. The new RNG station extends the network of clean natural gas stations across a key regional goods movement corridor in the San Joaquin Valley, which experiences the worst particulate matter pollution in the state, according to the California Air Resources Board (CARB). In any given day, over twenty thousand trucks pass through Highway 99 in Bakersfield, emitting roughly eighty-five tons of smog-causing nitrogen-oxide emissions. Near-Zero emissions natural gas trucks fueled with RNG can virtually eliminate smog forming pollutants and reduce greenhouse gas emissions linked to climate change by as much as 80 percent.

“Renewable natural gas use in trucking and public transit has grown tremendously in recent years since it offers drivers an affordable way to reduce emissions and delivers the power they need to get the job done,” said Cedric Williams, vice president of construction for SoCalGas. “We are excited to offer drivers who travel through Bakersfield an environmentally friendly fueling option that can immediately improve air quality in the region.”

“Bakersfield serves as the center of a major movement corridor,” said Mayor Karen K. Goh. “As one of the most important food and dairy producing hubs, having this CNG fueling station in Bakersfield will help us reduce our carbon footprint as we transport needed goods across the country. We thank our partners at SoCalGas for bringing this valuable resource to our community.”

Renewable natural gas (RNG) is not a fossil fuel. It is a renewable form of energy produced from the methane emissions at dairy farms, wastewater treatment plants, landfills, and other waste streams.  Depending on its source, RNG can be low-carbon or in some cases, even carbon neutral or negative. Capturing the methane from these waste sources and converting it into RNG keeps greenhouse gas emissions from entering the atmosphere and contributing to climate change and reduces the use of fossil fuels.

In California, vehicles account for more than 40 percent of greenhouse gas emissions and 80 percent of smog-forming pollution in the state, with heavy duty trucks among the largest polluters. In the San Joaquin Valley, car and truck emissions make up about half of all measured airborne particulate matter, according to CARB.

Over the last five years, RNG use as a transportation fuel for heavy duty trucks and buses has increased almost 600 percent, helping displace over seven million tons of carbon dioxide equivalent. That’s equal to the emissions from more than a million homes’ electricity use for one year.

In California alone, there are currently 30 operational dairy RNG projects, with approximately 50 more in various stages of development. SoCalGas began directly injecting RNG into its pipelines for the first time in 2018 when the company began accepting RNG produced at a waste hauling company’s anaerobic digestion facility in Pixley, California. In 2019, RNG produced at a dairy digester facility in California also utilized SoCalGas’ pipelines for delivery.  This facility is expected to eventually collect RNG from anaerobic digesters at 12 dairies, which would prevent about 130,000 tons of GHGs from entering the atmosphere each year. Scientists at the University of California, Davis estimate that California’s existing organic waste could produce enough RNG to meet the needs of 2.3 million homes.

In addition to being used to fuel trucks and buses, RNG can also be delivered to customers to generate clean electricity and to heat homes and businesses. Nationally, a just-released study by ICF estimates that enough renewable natural gas will be available by 2040, to replace about 90 percent of the nation’s current residential natural gas consumption.

Last year, SoCalGas committed to delivering 20 percent of the natural gas it buys for homes and businesses from renewable sources by 2030. To kickstart the plan, SoCalGas is pursuing regulatory authority to implement a broad renewable natural gas procurement program. The company has also filed a request with the California Public Utilities Commission to allow current natural gas customers to sign up to purchase renewable natural gas for their homes. A similar, voluntary program was launched in Philadelphia earlier this month.

Several utilities and commercial fleets have committed to increasing the use of RNG as part of their sustainability efforts. For example:

Dominion Energy and Vanguard Renewables recently announced a $200 million partnership that includes RNG projects in five states, with additional projects planned nationwide.
CR&R, a waste management company in Southern California is using green waste diverted from landfills to make RNG being injected into SoCalGas’ pipelines.
UPS last year agreed to purchase 170 million gallon equivalents of RNG through 2026, the largest commitment for use of RNG thus far by any U.S. company.
French utility Engie plans to switch all of its gas operations to biogas and renewable hydrogen by 2050.
In addition, SoCalGas has worked with fleet owners to secure millions of dollars in incentive funding for the replacement of diesel trucks with cleaner, new near-zero emissions natural gas trucks. Each new natural gas truck that replaces a traditional diesel truck is the equivalent of taking 57 passenger cars off the road.

The new fueling station in Bakersfield is the fifteenth public SoCalGas-operated CNG fueling station to open and is located at SoCalGas’ Bakersfield operating base, a net-zero energy building that earned Leadership in Energy and Environmental Design (LEED) Gold Certification by the United States Green Building Council (USGBC) for its environmental benefits. These include a photovoltaic solar energy system, storm water management, drought-resistant and climate-appropriate landscaping, the use of natural lighting for the wellness of employees and a super energy-efficient air conditioning system power by natural gas instead of electricity.