The selected contractors will be responsible for the execution of pipeline construction across 1287.5km in three US states 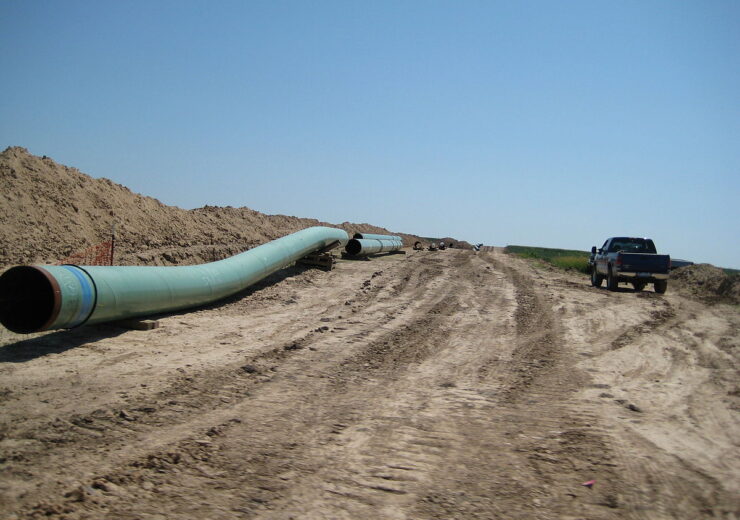 The $8bn Keystone XL pipeline will supply crude oil from the Alberta oil sands in Canada to the US Gulf Coast refineries. (Credit: shannonpatrick17/ Wikipedia.)

Canadian energy company TC Energy announced that it has awarded over $1.6bn worth of contracts to six major American union contractors to build pipelines for the $8bn Keystone XL Pipeline project.

The Keystone XL Pipeline, is a 1,897km long cross-border crude oil pipeline project to supply crude from the Alberta oil sands in Canada to the US Gulf Coast refineries.

Under the terms of the contracts, the selected contractors will be responsible for the execution of pipeline construction across 1287.5km in three US states.

They will also be directly responsible for employing over 7,000 union workers next year.

“The dedicated members of the Operating Engineers are eager and ready to build this critical piece of modern North American energy infrastructure to the highest quality standards.

“The 8,000 American union jobs that come with 2021 construction is welcome news and irreplaceable as the U.S. continues our economic recovery.”

In June this year, TC Energy has awarded a contract to Michels to construct approximately 260kms of the Keystone XL Pipeline Project in Alberta.

Michels Canada will directly responsible for hiring approximately 1,000 workers each year over the two-year construction period.

The company planned to commence construction on the project in 2020 near Oyen, Alberta and is scheduled to be completed near Hardisty, Alberta in the spring of 2022.