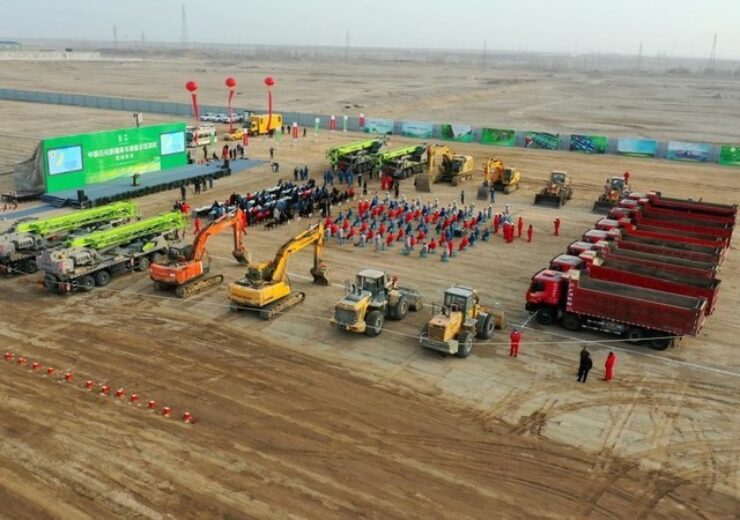 Start of construction at a green hydrogen project by Sinopec in China. (Credit: SINOPEC)

Dubbed as Sinopec Xinjiang Kuqa green hydrogen pilot project, the facility is expected to produce 20,000 tonnes per year of green hydrogen after its completion.

Sinopec is targeting the completion and start of operations of the photovoltaic-to-hydrogen project in June 2023.

The green hydrogen produced by the plant will be delivered to Sinopec Tahe Refining & Chemical to replace the currently used natural gas and fossil energy for producing hydrogen.

Sinopec president Ma Yongsheng said: “This pilot project gives full play to Xinjiang’s advantage in its wealth of resources and is a key project for Sinopec to build a No.1 hydrogen energy company.

“It’s also a major strategic achievement for local-enterprise cooperation and is of great significance to promoting social and economic development in Xinjiang, advancing energy transformation, ensuring China’s energy security and supporting the sustainable development of the global economy.”

The hydrogen production project is primarily made up of five sections, which include PV power generation, transmission and transformation of power, hydrogen from water electrolysis, hydrogen storage, as well as hydrogen transport.

The project will involve an electrolysed water hydrogen plant, which is planned to have an annual capacity of 20,000 tonnes.

Sinopec claimed that the green hydrogen production project will help in offsetting 485,000 tonnes a year of carbon dioxide emissions.

Apart from Kuqa, the company is planning a similar photovoltaic-to-hydrogen project in Erdos in Inner Mongolia, as per an announcement made in August 2021.