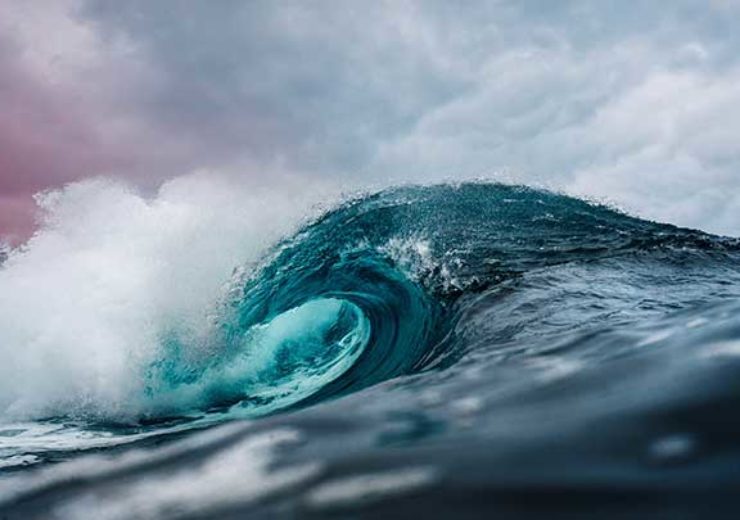 Academic teams move from the concept to design stage of the Waves to Water Prize. (Credit: The National Renewable Energy Laboratory)

This four-stage competition offers intrepid competitors up to $2.5 million in cash prizes to demonstrate small, modular, cost-competitive desalination systems that use the power of ocean waves to provide clean drinking water for disaster recovery and for remote and coastal communities.

Part of the American-Made Challenges Prize platform, the contest will span nearly two years and provide innovators a pathway from initial concept to field validation.

Getting Their Feet Wet
Several academic teams took their places at the starting line, alongside industry and entrepreneurial teams, all faced with the challenge of developing tomorrow’s wave energy desalination solutions.

In the CONCEPT stage of the prize, which ran from June – September 2019, competitors had 90 days to propose a wave-powered system. Teams were evaluated based on the level of innovation of their proposed idea, the feasibility of their system, the ability to scale-up their design, and the team’s qualifications.

Wielding their book smarts, seven academic teams were among the 20 winners.

“These academic Waves to Water teams are putting their education to work, and really pushing the boundaries of what can be done to desalinate seawater in a sustainable way,” said Scott Jenne, the National Renewable Energy Laboratory principal investigator for the Waves to Water Prize.

Meet the Brains Behind the Brainstorms
Team Nalu e Wai is composed of students from the University of Hawaii, the Indian Institute of Technology, and Uppsala University. Their design is a small-scale, rapidly deployable, oscillating surge wave energy converter that uses the horizontal motion of waves to pump seawater into a reverse osmosis desalination system. The anticipated production from their system is 50 to 125 liters of fresh water per hour in lower energy seas.

Hailing from the Massachusetts Institute of Technology, team OCEAN WATERS’ system includes a device powered by a wave energy harvesting solution comprising a large inflatable PVC buoy combined with a lightweight mooring system. Operable in a wide range of wave conditions, the buoy adjusts its water plane area and natural frequency through active control of a ballast weight using a small solar-powered water pump.
The Ocean Wave Absorbing Wall, or OWAW, team proposed a portable, inflatable, wave-powered desalination device that is powered by a 12-volt car battery. Deflated, the OWAW fits into a shipping container and upon setup, the wave absorber uses technology like that of an emergency life raft to expand to 10 times its deflated size.
What would a wave energy converter look like if it could fit in a backpack? The SD CAL Desal Backpack WEC from Michael Kelly’s Team can tell you. The team’s device consists of inflatable inner tubes. When the inner tubes are moved by the incoming waves, they react against a linear piston pump, forcing high-pressure water through a reverse osmosis unit, which separates the water and the salty brine. And yes, the entire system fits inside a backpack.

The Wave Drinker team boasts students from Virginia Tech and Vanderbilt University. Their design is a reverse osmosis desalination system with an oscillating surge wave energy converter. The system can produce approximately 10 cubic meters of fresh water per day, and because Wave Drinker is a modular system, it can be transported and deployed with ease.

WorthyWaves, Ali Trueworthy’s team, is from Oregon State University, the Massachusetts Institute of Technology, and the Politecnico di Torino. Their system generates electricity using an entirely submerged wave energy converter device that consists of a float, a heave plate beneath the float, and two mooring lines that attach the heave plate to the ocean floor. WorthyWaves integrates a batch reverse osmosis system into a submerged point absorber to produce fresh water.

We look forward to following the teams’ progress as these academic competitors transform their book smarts into Waves to Water gold. Stay tuned.