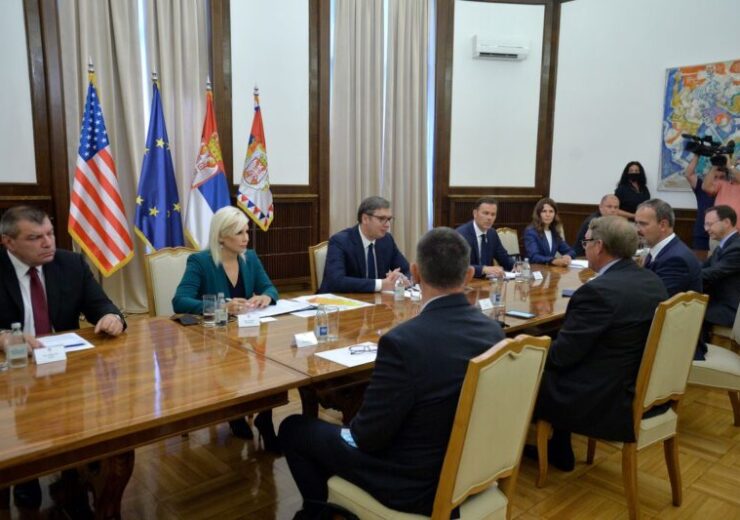 The Serbian government has announced that it is in talks to sign a contract with US-based UGT Renewables to develop 1GW of solar power projects across the country.

The parties have signed a memorandum of understanding in this regard. The signing event was also attended by the US Ambassador to Serbia, Anthony Godfrey.

According to Serbian President Aleksandar Vučić, the signing of the MoU marks the start of a new era and a major step ahead for the energy security of the country.

The President said: “We are about to enter negotiations on all the conditions and it won’t be easy, but I believe we will complete them soon.

“I believe we will make the best possible agreement for the future of Serbia for something that is, perhaps, of crucial importance for the economic development of our country and its success within the so-called green agenda.”

Construction on the solar power projects in Serbia will take nearly two years after signing the contract with the US-based renewable energy developer.

According to UGT Renewables’ CFO Peter Goodall, domestic construction companies will be involved in the projects.

Supporting the Serbian government’s programme is Export-Import Bank of the United States (EXIM), which will provide a 20-year financing package for meeting 85% of the value of the solar power deal, Balkan Green Energy News reported.

The planned solar power projects will be spread over a total of 2,000ha in nearly 10 locations throughout Serbia. Put together, the projects are estimated to cut down carbon dioxide emissions by 1.9 million tonnes per annum, compared to the country’s current emissions of 51 million tonnes.

President Vučić said that the new solar power plants will make up 3% of the current electricity generation in Serbia.

On the other hand, Goodall said that UGT Renewables will work with relevant Serbian ministries on selecting locations where the lands have low economic value.