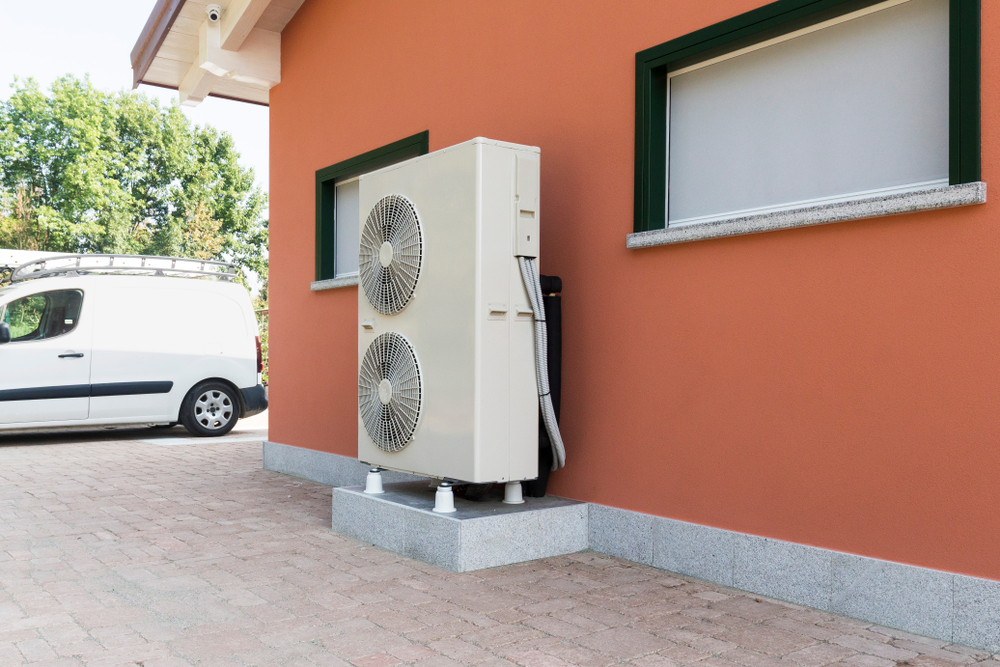 WWF Scotland believes an infrastructure programme to expand insulation activity and the construction of heat networks could create at least 9,000 jobs across the country (Credit: Shutterstock/caifas)

A “green homes revolution” could be worth as much as £8bn ($10.8bn) to the Scottish economy, says a charity.

WWF Scotland claims that transforming the way the country heats its homes and buildings could be a “cornerstone of a just and green economic recovery post-Covid”.

The appetite to reduce emissions and limit the effects of climate change is continue to increase globally, and in Scotland – where half of the nation’s emissions come from heating homes and industry – the government is aiming to reach net zero by 2045.

WWF Scotland believes an infrastructure programme to expand insulation activity and the construction of heat networks could create at least 9,000 jobs across the country, while supporting all homes to be warm, comfortable and energy efficient.

Fabrice Leveque, head of policy at WWF Scotland, says: “A quarter of people in Scotland are living in fuel poverty.

“And with more people than ever before working from home, and many of us dreading the high fuel bills that come in each winter, proper investment in energy efficiency and better housing will help cut energy bills, tackle poverty and slash emissions.”

The WWF’s green new deal for homes would include bringing all homes up to a minimum standard of energy efficiency by 2030, building many new low-carbon heat networks over the next five years and switching hundreds of thousands of homes from fossil fuel heating to heat pumps by 2030.

“A sustained programme of investment in energy efficiency for our homes would create thousands of jobs, and boost GDP by at least £8bn,” adds Leveque.

“We’re also calling for clear ambition from government on deploying tried and tested heat network technology in towns and cities across Scotland. This would give local manufacturers and installers the green light to get to work.”

But while Scotland could be on the brink of a heating revolution, a “lack of awareness” about the technologies and their economic benefits could be “holding the country back”, warns the charity.

Leveque points to two “great examples” of low-carbon heat projects across the nation. The first of which is a heat network that was constructed by Stirling Council in 2019 to take excess heat from a wastewater treatment plant to heat commercial buildings in the Forthside area of the city.

FES Group was contracted to design and build the district heat scheme that involved the installation of 2.5km of underground pipework and a fibre communication network along the Forthside Way.

The second initiative Leveque highlights is the Scottish government’s cashback incentive to encourage homeowners to install energy efficiency and renewable heat measures in their homes.

WWF claims installing an electric heat pump in a home currently heated by oil could cut climate emissions by 75% and lead to lower energy bills if carried out alongside energy efficiency improvements.

The government’s initiative is expected to help reduce emissions from inefficient homes, while saving householders money on bills in the long term and helping improve health by ensuring warmer homes.

He adds: “With better awareness of the technologies, systems and benefits, as well as a clear steer from government, local authorities and businesses could get to work now on creating jobs and warmer homes.

“This would lead to tenants and homeowners reaping the benefits of warmer homes and better air quality.”

A spokeswoman for the Scottish government says that by 2030, it wants to see at least 50% of Scotland’s homes and buildings heated using “zero-emission heating systems”, like heat pumps and heat networks.

“Our programme for government has committed to investing £1.6bn ($2.2bn) over the next five years to transform the way we heat our homes and buildings including making them more energy efficient,” she adds.

“This investment will directly support up to 5,000 jobs and will also help tackle fuel poverty. We are also currently consulting on plans for all new-build homes to have zero-emission heating systems from 2024.

“We will shortly publish a draft Heat in Buildings Strategy setting out further detail on our plans and policies to further accelerate the decarbonisation of homes and buildings across Scotland.”