A growing focus on the electrification of industrial heating processes

Heat generation in industry is a big source of global energy demand, and by electrifying thermal processes firms can lower their carbon footprint while also achieving operational gains 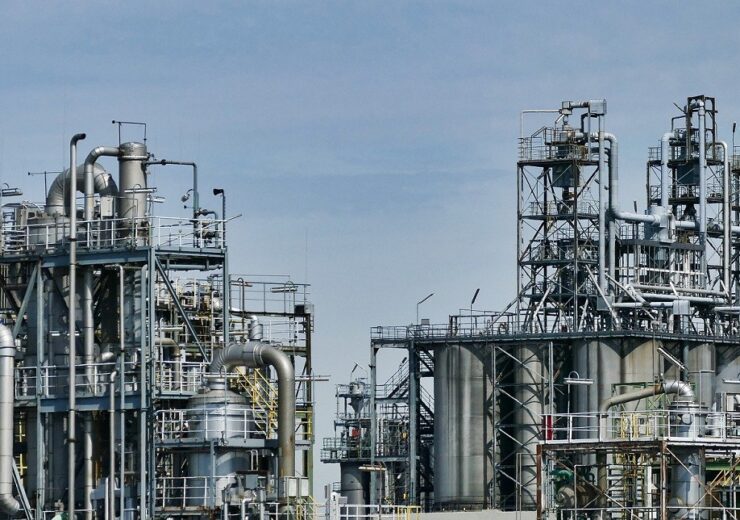 The electrification of heating devices in industry could play a big role in efforts to decarbonise the global energy system, providing a low-carbon alternative to the fossil fuels that have traditionally been used to run intensive thermal processes.

According to the International Energy Agency (IEA), heat makes up two-thirds of industrial energy demand, and almost one-fifth of global energy consumption – meaning the ways used to produce and deliver it are consequential in terms of emissions reduction.

With that in mind, efforts are being made to supply the tools and technologies that will provide ways for energy companies and industrial manufacturers to electrify their thermal processes – which, if powered by renewable or low-carbon sources, have the potential to make a significant contribution to the global energy transition.

Take for example the typical oil refinery, where crude oil is transformed into a range of useful, everyday consumer products, including petroleum fuels, petrochemicals, and other oil-based commodities.

High temperatures are required to split crude oil into these various products, using a reboiler to perform fractional distillation – and burning fossil fuels has historically been the way companies have achieved this.

“It’s a good example of where process companies are looking to convert to electric, and connect to a more carbon-friendly or renewable source in order to reduce their carbon footprint,” says Dennis Long, director of global marketing for energy and environmental technologies at Watlow, a US-based supplier of electric thermal products used in industry.

As a 38-year veteran of process heating applications in the energy sector, Long has seen first-hand the transition that is now rapidly gathering momentum as the international emphasis on decarbonisation grows more urgent.

“It’s a very interesting time in history,” he says. “A lot of our customers are asking for electric solutions for that reboiler, which has by far been non-electric in the history of refineries. The technologies for the most part are there, it’s about applying the solution.

“Only at the very high temperatures – like in cement manufacturing – do electric solutions become very challenging.”

For those hard-to-abate sectors, like cement or steel manufacturing where electrification remains difficult, the application of carbon capture and storage (CCS) is a technology that is gaining traction.

Within CCS, says Long, “there are substantial thermal processes involved” that can still be electrified. Watlow, a nearly 100-year-old family-owned company from St Louis, Missouri, is rolling with the times to position itself for this emerging industry.

Operational improvements can be achieved by adopting electrified thermal processes

While emissions reduction is an obvious environmental benefit of the electrification of heating processes in industry, companies also want to be persuaded by the operational gains of going electric.

Fuel costs play an important role in the decision-making process for which types of equipment to use, with fossil fuels having typically been the cheapest option to produce to energy.

But that is starting to change, as the relative cost of renewable generation comes down thanks to a combination of scale, technological improvements and carbon-pricing mechanisms.

From an even more practical perspective, Long identifies how advances in electrified thermal-process technology can improve operational efficiency by reducing instances of “fouling” – a common problem for heat exchangers that results from a build-up of residue on a heater sheath, causing a reduction of heat-transfer rates.

Fouling can itself lead to a “coking phenomenon” inside the heat exchanger, caused by high temperatures that leave what Long describes as “a black mass like you’ve burned something on your stove at home”.

He says a continuous helical flow design developed by Watlow, which transfers electrically-produced heat in a way similar to the movement of a corkscrew, can avoid sudden velocity changes in the flow of heating fluid through the equipment, which can cause fouling.

“If you have a very low fouling rate, or low accumulation of materials on a sheath, the user can spend less time on maintenance intervals needed to remove the bundle from the heat exchanger and clean it,” he explains.

Long adds: “If you can lower those temperatures, you have less temperature stress, which is a function of the overall durability and lifetime of the heat exchanger.”

Not only can this improve the lifetime of industrial heating equipment, it can make its own contribution to the sustainability goals that are a growing concern among industrial manufacturers, by lowering the overall amount of energy required for thermal processes.

According to IEA analysts: “End-use efficiency, through the use of modern equipment, improved insulation or heat recovery, can reduce final demand before the heat is even generated.