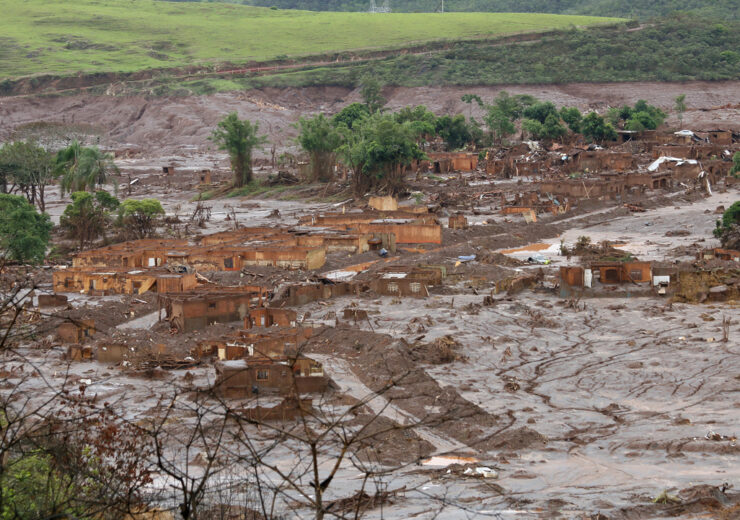 In November 2015, the Fundão tailings dam related to the Samarco mine collapsed leading to flood and environmental contamination. (Credit: Senado Federal/Wikipedia.org)

Brazilian mining company Samarco Mineração is reportedly facing a lawsuit from noteholders, who seek claims of AUD1.16bn ($898m) alleging that the company has not considered their requests to restructure their debt.

Samarco, which is joint venture between BHP Billiton Brasil and Vale, has been hit with the lawsuit in the US District Court for the Southern District of New York, with Bank of New York Mellon filing the claim on behalf of noteholders, reported The Sydney Morning Herald.

The noteholders involved in the legal challenge hold $700m of bonds of the Brazilian miner. As per their allegations, Samarco did not provide them financial records which could have enabled them to determine their ability to repay the debt.

The Brazilian company had to halt its operations at the Germano Complex in Minas Gerais, Brazil for more than five years from November 2015, following the Fundão dam collapse resulting in loss of lives and environmental contamination.

Following the suspension of the Brazilian operations, Samarco could not complete its $3.8bn debt restructuring. In 2016, the company failed for the first time in paying the debt owned by the noteholders and since then could not make a payment to them.

The claim from the Bank of New York noteholders, as per the publication, alleged: “Samarco has neither made a proposal for restructuring or settlement to the noteholders nor engaged in related negotiations.”

The claims being demanded by the noteholders comprises $700m principal of the notes, interest on eight missed payments that total $161m, and other charges.

In December 2020, Samarco restarted its operations in Brazil, which are planned to be gradual, initially at 26% of its production capacity.

The company has reactivated one of the three concentrators in the Germano Complex, one of its four pellet plants at the Ubu Unit in Anchieta (ES), and one of its three pipelines.