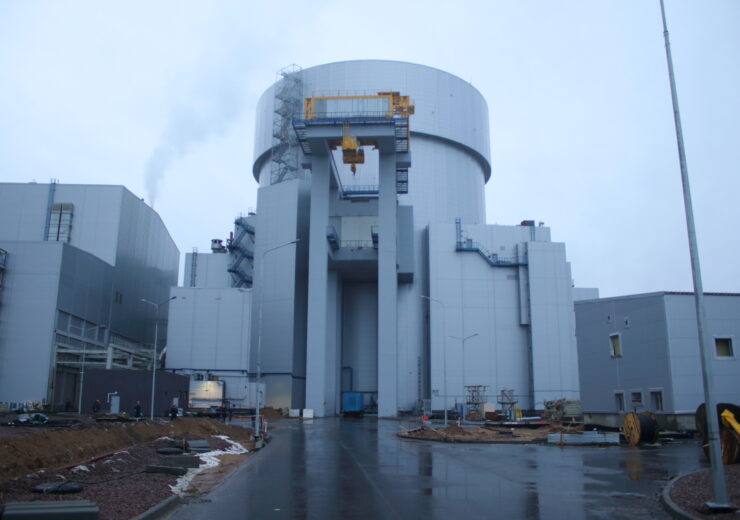 Rosenergoatom, a part of the Electric power division of the Rosatom, has connected unit 6 of the Leningrad nuclear power plant (NPP) in Russia, to the grid and reached the power capacity of 240MW.

The 1,200MW unit 6, which is equipped with Rosatom’s water-powered Generation III+ VVER-1200, delivered electricity to the Russian unified power system.

Rosatom operations management first deputy director-general Alexander Lokshin said: “This is a significant event, both for the power unit itself and for the country. There are two important milestones in the power unit setup process. One is the first bringing the reactor to a critical state at the minimum-controlled power level when it “awakens”.

“The second, which is even more important is the first connection to the grid, when the power unit begins to perform its function and produce electricity.”

The Leningrad unit 6 is now scheduled to undergo a trial operation at up to 100% power capacity.

In the next step, a state commission will conduct additional equipment inspection at unit 6, which would be shut down, before putting it into commercial operation planned in 2021.

Rosenergoatom director general Andrey Petrov said: “The new power unit was connected to the unified power system and tested at a capacity of 240 MW. The next step is trial operation, when the reactor is tested at up to 100% power capacity.

“Each stage is accompanied by numerous equipment checks and dynamic operational tests aimed at stimulating shutdown at various power levels.”

The Leningrad NPP is claimed to be the first plant in the country with reactors of RBMK-1000 type.