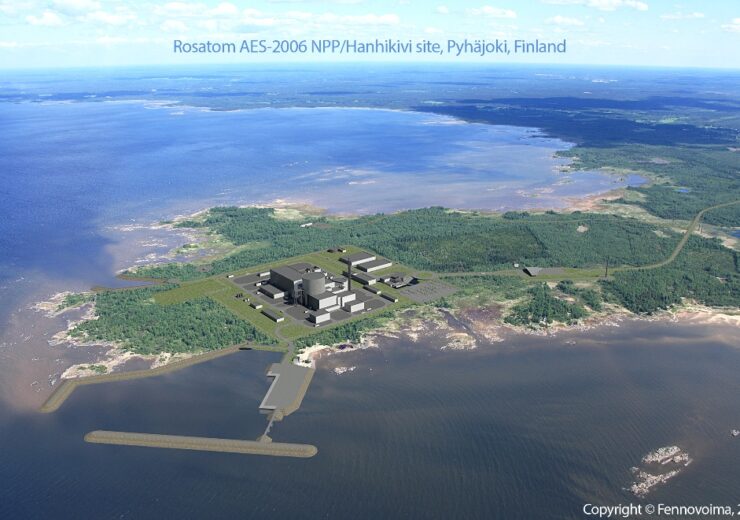 RAOS Project, the Finnish unit of Rosatom, has stated that it will proceed with its plan to construct Hanhikivi 1 nuclear power plant in Finland.

This announcement comes even as there is no certainty of getting government approvals following Russia’s military incursion on Ukraine, reported Reuters.

Fennovoima, a Finnish-Russian consortium, had commissioned the nuclear power plant.

The consortium comprises Finnish companies including Outokumpu, Fortum and SSAB that hold two third stakes, while the rest is held by Rosatom’s subsidiary RAOS Voima.

Following the Russia-Ukraine conflict, the Finnish Minister of Economic Affairs Mika Lintila said that it would not be possible for the government to give approval for Hanhikivi plant construction.

Fennovoima anticipated to get the construction licence from the government by summer this year to commence construction of 1.2GW power facility next year.

Several Finnish stakeholders have expressed publicly about their plan to pull out from the nuclear power project and even write down the project. However, they are not inclined to pay RAOS Project for violating the current contracts, reported the news agency.

In an email to Reuters, RAOS Project stated: “Rosatom and RAOS Project continue fulfilling their obligations under signed agreements and contracts relating to the Hanhikivi 1 project.

“RAOS Project Ltd as the … supplier is acting based on and in accordance with the engineering, procurement and construction contract signed in December 2013 with Fennovoima.”

The Finnish unit of Rosatom is said to have commenced the preparatory works such as cabling and excavation at the location. However, it cannot commence construction without getting a government licence.