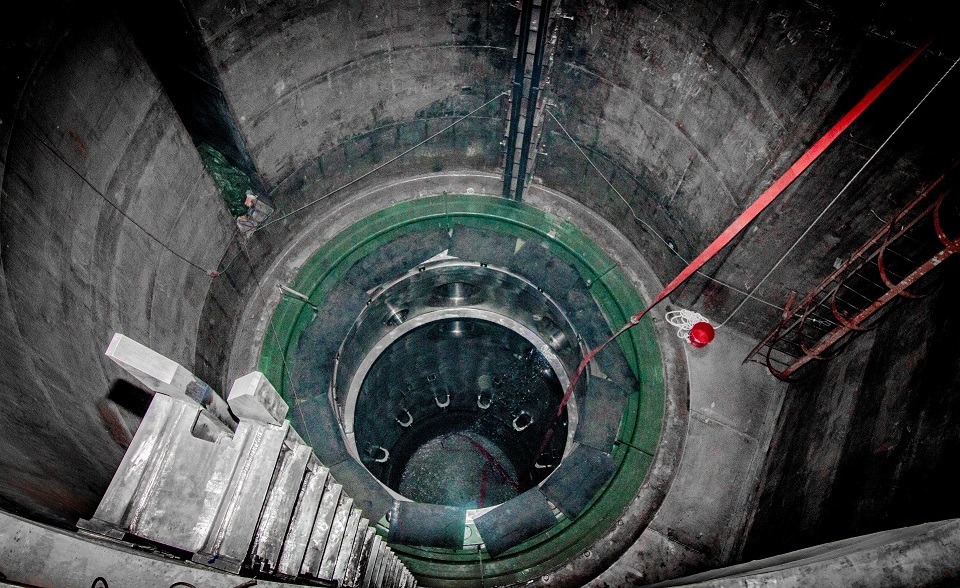 Following the injection of compressed air into the emergency core cooling system accumulators and opening the discharge pipe valves, power water started filling in the reactor vessel, thus cleaning the emergency pipelines. All switches were completed from the block control point.

‘Liquid release over the open reactor is a key step in the operational launch of a power block’, Alexander Belyaev, the Chief Engineer of the Leningrad NPP-2, said. ‘Its goal is to verify the passability of the pipelines connecting the primary circuit equipment and to perform their post-assembly cleansing from any possible mechanical impurities. It has been confirmed that the pipelines had been assembled in a proper way. Shortly, we will begin the second (active) liquid release stage, where we will check 12 emergency pumps and 2 charge circuit and boron control system pumps. We will also clean the loops of the main coolant pipeline and the lines connecting it to the emergency systems, thus verifying the operation of all those systems’.

The Chief Engineer of the Leningrad NPP-2 added that the liquid release adheres to the approved programs and schedules and is related to the individual trial stage and equipment trials of the VVER-1200 power block under construction.

The Leningrad NPP is the country’s first plant with RBMK-1000 reactors (uranium-graphite circuit-type reactor running on thermal neutrons). The decision that marked its construction was taken in September 1966 by a resolution of the Central Committee of the Communist Party of the USSR and the Council of Ministers No. 800-252. According to that document, the Leningrad NPP was supposed to become a core in a network of nuclear power plants with RBMK-1000 reactors that were supposed to produce a substantial share of electric power. The construction of the Leningrad NPP was going well, and by 1973 the first power block was fully erected. On December 23, 1973, following stable 72-hours’ operation at the capacity of 150 megawatt, the State Commission signed the acceptance certificate stating that the first power block of the Leningrad nuclear power plant is commissioned for pilot production.
Source: Company Press Release