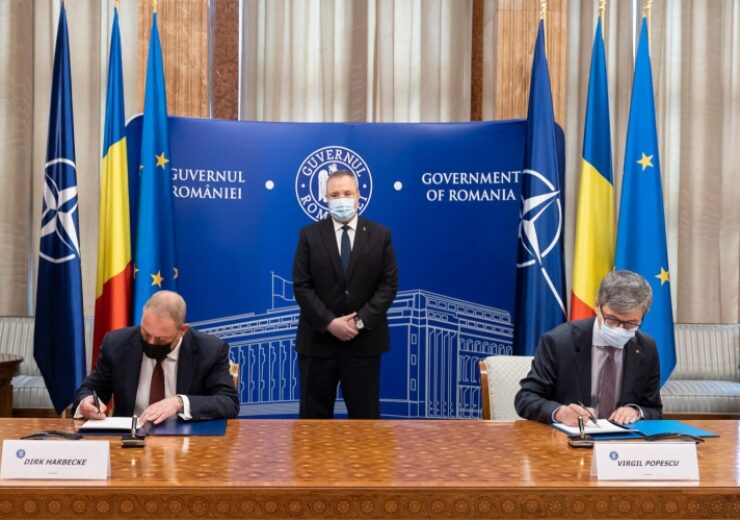 Rock Tech Lithium has inked a memorandum of understanding (MoU) with the Romanian government to build a lithium-hydroxide converter in the country with an investment of €400m.

Romanian Energy Minister Virgil Popescu signed the MoU on behalf of the government.

Popescu said: “I am very pleased that Romania will enter the map of large battery components manufacturers. Because, we must say, no battery can work without lithium. Basically, these refineries, these two refineries to be built in Europe, will make this lithium powder, one in Germany, one in Romania.

Rock Tech Lithium said that the Romanian facility is one of the five lithium-hydroxide converters it plans to build by 2029.

The Canadian cleantech company’s chairman Dirk Harbecke said that the Romanian project will create 700 new jobs, both directly and indirectly.

Presently, Rock Tech Lithium is scouting for a location for the construction of the lithium-hydroxide converter.

The Canadian company tweeted: “It took us almost two years to find and sign our first location in Brandenburg. To keep our ambitious targets, we need to plan wisely and long term.”

Rock Tech Lithium’s factory in Guben, Brandenburg is slated to start operations in 2024. Once commissioned, it can produce nearly 24,000 metric tonnes of lithium hydroxide per annum, which is enough to supply close to 500,000 electric cars with lithium-ion batteries.