Expected to begin operations in 2024, the plant will have a capacity to produce around 24,000 metric tonnes of lithium hydroxide per year, which is sufficient to supply nearly 500,000 electric cars with lithium-ion batteries 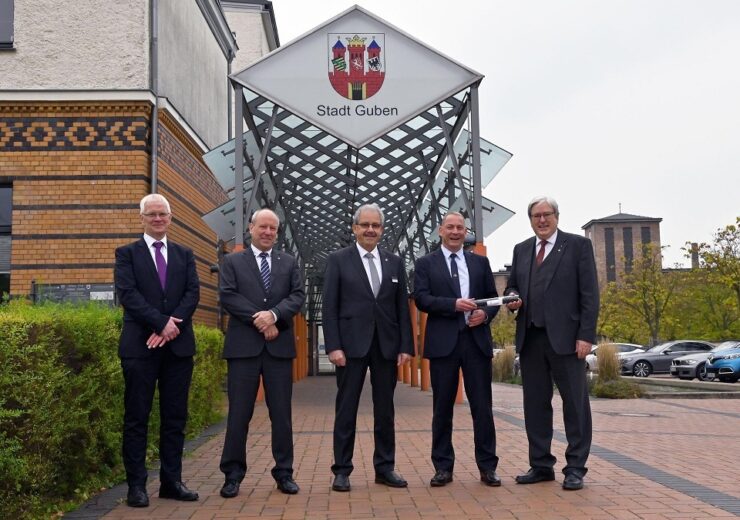 Rock Tech plans to have all production steps of lithium refining in one overall plant at the Guben site. (Credit: Rock Tech Lithium Inc.)

Expected to begin operations in 2024, the Guben site is anticipated to produce around 24,000 metric tonnes of lithium hydroxide per year, which is sufficient to supply nearly 500,000 electric cars with lithium-ion batteries.

Rock Tech will use locally sourced renewable energy for the facility, which is expected to employ around 160 technicians, engineers and production staff.

The company plans to have all production steps of lithium refining in one overall plant at the Guben site.

Covering a total area of around 12ha, the the site in the Guben South industrial park is said to offer extensive space to build facilities for all individual production steps in lithium refining.

According to the company, the region provides suitable conditions to become a key component of the battery value chain, with its long industrial tradition and existing infrastructure.

Rock Tech Lithium CEO Dirk Harbecke said: “We are becoming the lithium partner of the automotive industry and are building our own, previously non-existent infrastructure for battery-grade lithium hydroxide in Europe.

“Our goal is to be the first company worldwide to create a closed loop for lithium. Guben seems to us to be the ideal location for this, with subsidies also playing a significant role.”

The cleantech company said that investment decision for all production steps are still subject to ongoing discussions regarding subsidies already applied for or still to be applied for.

Rock Tech targets to source nearly 50% of the raw materials from recycling spent batteries by 2030.

Guben’s mayor Fred Mahro said: “The fact that we have found an investor so quickly for the recently decided expansion of our industrial area shows the great potential of our European city. The economic development agencies of the state, the district and the city have cooperated optimally and won a strong partner for Guben and our region with Rock Tech Lithium.”