Risen Energy has signed an engineering, procurement and construction (EPC) contract with Surya Prakash Vietnam Energy, a subsidiary of Shapoorji Pallonji Group, for a 50MW solar project in Vietnam. 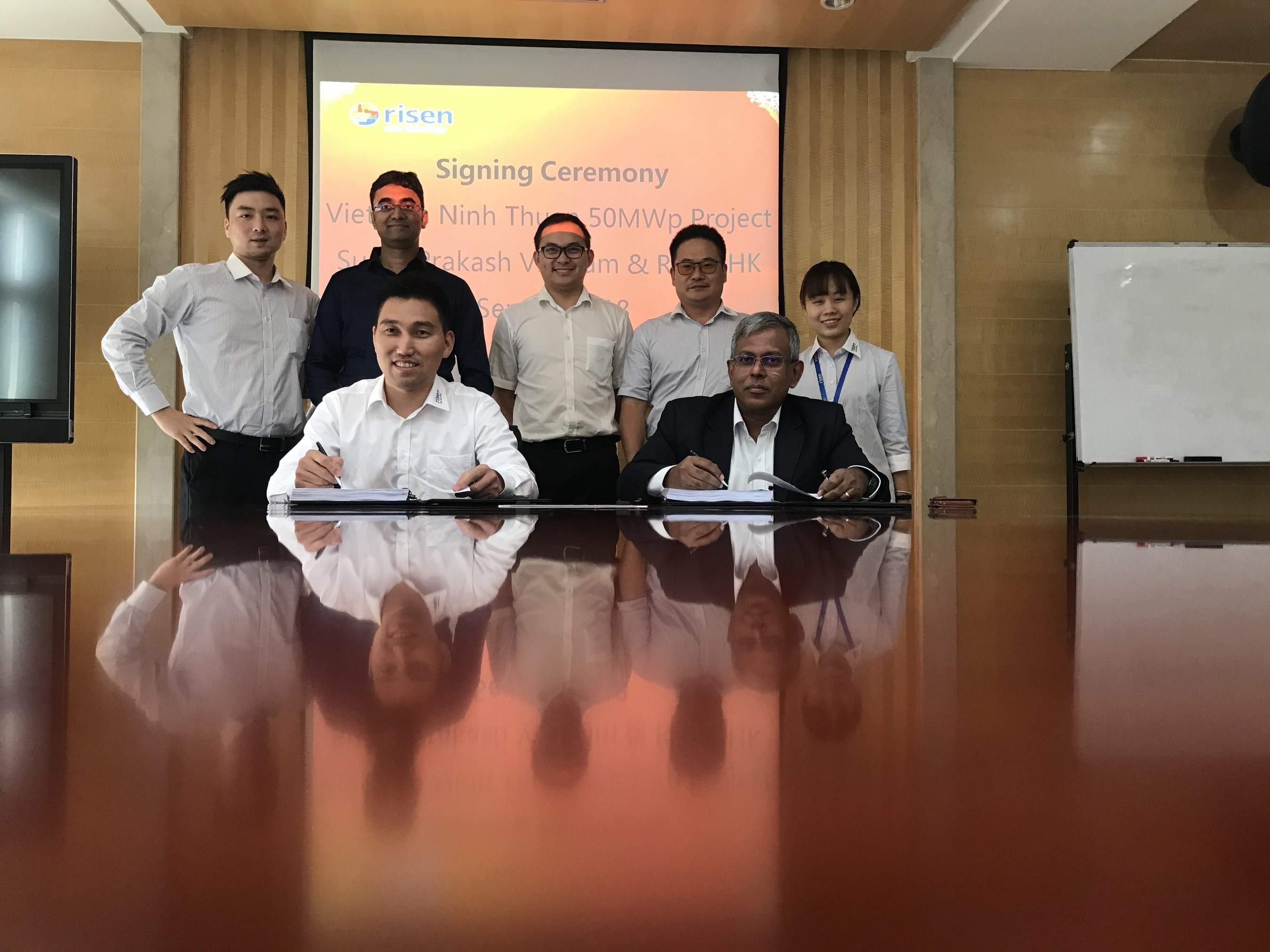 This is yet another deal in the Southeast Asia market, following a similar outsourcing contract for a 61MW project in the same province with Tasco, a Vietnam-based company.

The 50MW facility covered by this latest contract will be outfitted with 360W high-efficiency polycrystalline modules. In order to maximize the amount of power to be generated from the facility as well as the land utilization rate, Risen Energy plans to install and leverage two systems that will work in concert with each other, with 26MW of the payload deploying a tracking system whereby the solar panels move in line with the movement of the sun and the remaining 24MW using a fixed support structure, delivering an overall power generation solution designed to achieve maximum ROI.

The project is on schedule to be connected to the grid on June 30, next year, with expected average annual power generation of 81,429MWh. The electricity made available by the project will be provided to EVN, the Vietnamese state grid.

Risen Energy Vietnam general manager Liu Dong said: “Following an in-depth analysis of the Vietnamese market and an on-site investigation of the project, we selected the most comprehensive and best-performing power generation solutions given the project’s particulars, including the tracking systems, with an eye to increasing the ROI, while positioning the facility to be one that can act as a demonstration model for future such tracking systems.

“As we look further down the road, we expect to work closely with high-quality companies, including Surya Prakash, delivering more professional and reliable PV power generation solutions to the market.”

With a local office and a professional and efficiency-oriented project development team now in place in Vietnam, Risen Energy is confident in the orderly development of its prospects in the region. The Chinese PV maker foresees, by the end of this year, the total installation capacity of its projects in Vietnam, all of which have begun construction, reaching 160MW.