Mining giant Rio Tinto said that its non-binding heads of agreement to sell its entire stake in the Simandou iron ore project in Guinea to Aluminum Corporation of China (Chinalco) has lapsed without ending in a transaction. 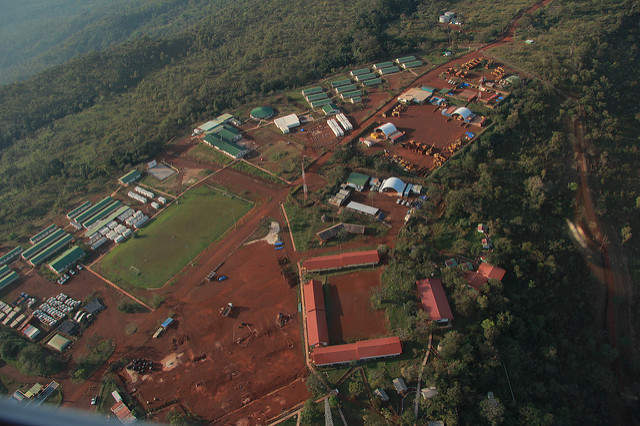 As per an agreement signed on 28 October 2016, Rio Tinto agreed to divest its stake of 45.05% to the Chinese firm for a sum of $1.1-1.3bn, based on the timing of the development of the Simandou iron ore project.

Rio Tinto said that alongside Chinalco, it will work with the Guinean government to look into other options to realize value from the Simandou iron ore deposit.

While Chinalco holds a stake of 39.95%, the Guinean government owns the remaining stake of 15% in the iron ore project, located at the southern end of the Simandou mountain range, 550km southeast of the country’s capital Conakry.

According to Rio Tinto, the Simandou iron ore project is presently the largest planned integrated mining and infrastructure development to be considered in Africa.

The Simandou iron ore project is also believed to be among the largest undeveloped high grade iron ore deposits in the world. Rio Tinto expects it to be a conventional open pit mine with an estimated capacity of 100 million metric tonnes of iron ore per annum.

According to the mining giant, the infrastructure needed for the development of the iron ore deposit includes a new 650km trans-Guinean railway line to deliver iron ore extracted from the Simandou mine to a new deep-sea port, located south of Conakry on the Morebaya River.

The company said that the rail and port facilities will be available for use by third parties, on prescribed terms. It further outlined that the ancillary infrastructure needed to support the iron ore project are access roads, power generation, accommodation and water systems.

In another part of the world, in Australia, Rio Tinto and its partners Mitsui and Nippon Steel & Sumitomo Metal had sanctioned a $1.55bn investment earlier this month for iron ore projects. The investment is for sustaining production capacity at the Robe Valley and West Angelas operations in Western Australia, which come under the Robe River Joint Venture.