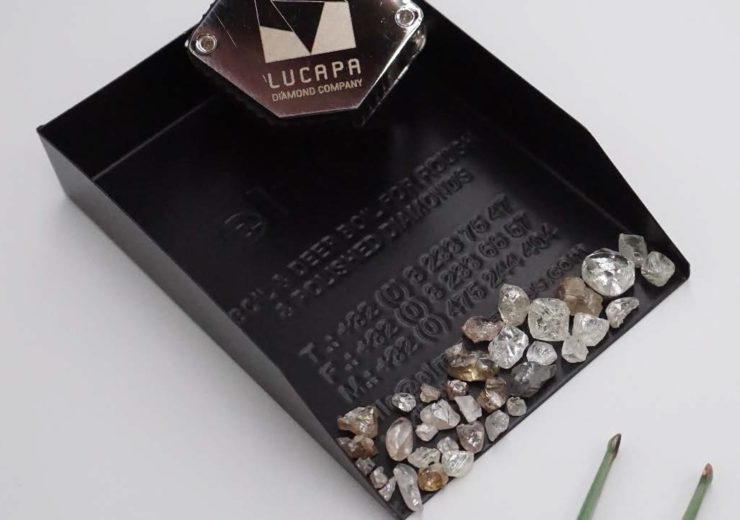 Lucapa Diamond Company and its Project Lulo partners Empresa Nacional de Diamantes E.P. (“Endiama”) and Rosas & Petalas are pleased to provide a further update on results from the search for the hard-rock source of the diamonds within the prolific Lulo diamond field in Angola.

The Project Lulo partners recovered 45 diamonds weighing 30.3 carats from a stream bulk sample taken from the Canguige tributary draining into the Cacuilo River valley, where Lucapa and its partners are recovering some of the world’s most valuable alluvial diamonds.

In addition to hosting a good white population – including top D-colour stones – follow-up analysis on a Yehuda colorimeter post acidising/ deep boiling of the Canguige tributary diamonds has confirmed the presence of rare Type IIa gems, along with a light fancy yellow. The Project Lulo partners plan to send the diamonds to Antwerp for more detailed analysis with specialised equipment.

The Canguige tributary drains into the Cacuilo River valley ~3km upstream of alluvial Mining Block 46, which has produced multiple high-value Type IIa diamonds including Specials of up to 88 carats, along with fancy pink and yellow diamonds.