Wanhua, a petrochemical producer headquartered in Yantai in the Shandong province of North East China 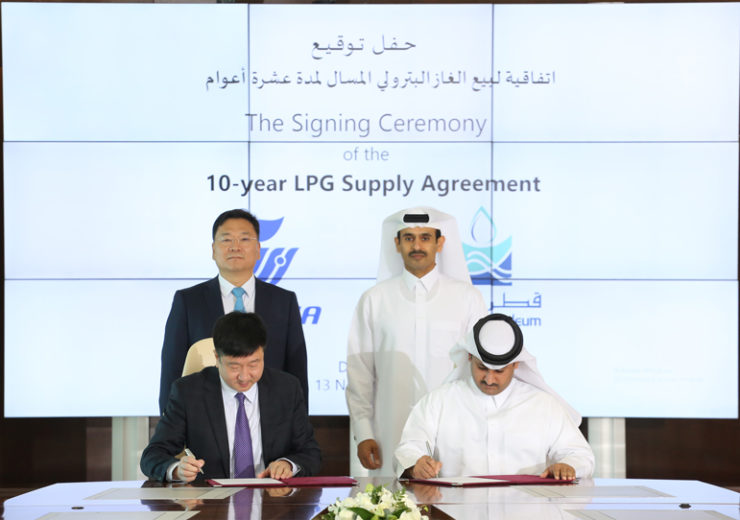 Qatar Petroleum has announced the signing of an agreement with Wanhua Chemical Group (Wanhua) for the sale of approximately 800,000 metric tons per year of Liquefied Petroleum Gas (LPG) over a period of ten years.

Wanhua, a petrochemical producer headquartered in Yantai in the Shandong province of North East China, signed the agreement, which commences in January 2020, with Qatar Petroleum for Sale of Petroleum Products Company Ltd. (QPSPP).

His Excellency Mr. Saad Sherida Al-Kaabi, the Minister of State for Energy Affairs, the President and CEO of Qatar Petroleum, welcomed the signing and said,  “This agreement reflects our marketing strategy to increase direct sales of petroleum products with end-users, specifically in China. The Chinese LPG market continues to enjoy steady growth, and remains an important destination to Qatari energy exports. We look forward to further cementing our position in China’s energy markets in general and the LPG markets in particular.”

His Excellency Mr. Al-Kaabi added, “Concluding this opportunity with Wanhua enhances our relationship which has been steadily building over the past years.  Wanhua is growing into one of the most important players in the LPG industry, and we are proud to be associated with them through this opportunity.”

Mr. Kou Guangwu, Group CEO of Wanhua Chemical, expressed similar sentiments stating, “This new agreement with QP is a further proof of how Wanhua is creating a long term and mutually beneficial partnerships with our strategic supplier. Wanhua, as a government owned company and world leading chemical producer, will continue to work closely with QP to explore more opportunities to serve the “One Belt One Road” strategy.”

Wanhua Chemical Group is one of the world’s largest Polyurethane producers, and one of China’s largest users and importers of LPG. The Company owns and operates a state-of-the-art LPG receiving terminal and storage at its port in Yantai, and utilizes significant volumes of LPG in its fully integrated petrochemical complex, which includes the world’s largest PDH and Butane isomerization operations.