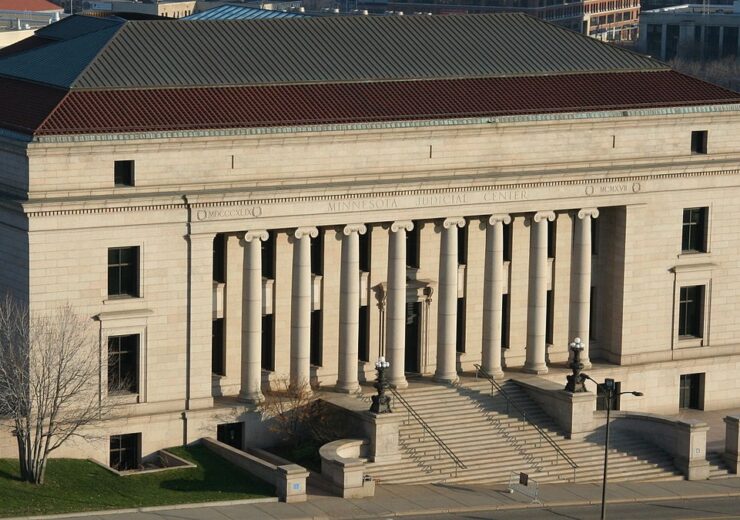 The Minnesota Judicial Center as seen from the roof of the State Capitol in Saint Paul, Minnesota. (Credit: Jonathunder/Wikipedia.org)

PolyMet Mining has secured a favourable ruling in the Minnesota Supreme Court pertaining to an air permit issued to its NorthMet project in Minnesota, US.

The court overturned an order given by the Minnesota Court of Appeals of remanding the Clean Air Act permit back to the issuer, which is the Minnesota Pollution Control Agency (MPCA).

The NorthMet project involves the development of a copper-nickel deposit within the Duluth Complex in northeastern Minnesota. It is located near the Hoyt Lakes community in the Mesabi Iron Range mining district.

The project is being taken up by PolyMet’s fully-owned subsidiary Poly Met Mining.

According to PolyMet, the Minnesota Supreme Court had rejected the central legal argument relied on by the project opponents. The court ruled that the Court of Appeals’ decision to remand the permit was based on a flawed interpretation of federal law.

PolyMet chairman, president and CEO Jon Cherry said: “This decision is another big win and a major step forward in the defense of our air permit.

“We believe strongly that the facts and the law are on our side, and we are pleased that the court agreed with us on the law. This is a victory for the company, our many stakeholders and for everyone that supports responsible mining in Minnesota.”

PolyMet said that the case against the NorthMet Project will now return to the appeals court pertaining to a few remaining issues that were specifically not addressed in its original decision.

Last week, the US District Court in Minneapolis ruled in favour of PolyMet in a case filed against the water quality permit issued to the proposed copper-nickel mine by the US Environmental Protection Agency.

The project is expected to have a mining life of 20 years.

The first phase of the NorthMet Project, which involves transforming the copper-nickel deposit into an operating mine, is estimated to cost $945m.