Photon Energy has announced that its subsidiary Photon Energy Solutions started construction as EPC contractor on eight photovoltaic power plants with a total capacity of 5.5MW in Almásfüzitő, Hungary. 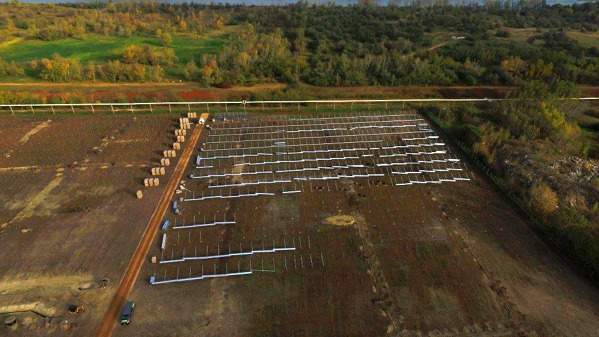 The eight solar facilities of 498 kW each will be installed in the vicinity of the Hungarian village Almásfüzitő located some 75 km northwest of Budapest near the Slovak border.

Covering an area of 6.96 hectares, the power plants will be composed of almost 20,000 Jinko modules that are designed to generate around 6.6 GWh of electricity per year. Subject to weather conditions, the power plants are expected to be connected to the grid of E.ON Észak-dunántúli Áramhálózati Zrt before the end of the year.

“Following the recent announcement of construction start on 5.5 MWp solar projects near Tiszakécske, the construction start on an additional eight solar projects in Almásfüzitő with a capacity of another 5.5 MWp underlines our strong commitment to the Hungarian market and our goal to expand the company’s own portfolio of solar power plants,“ comments Georg Hotar, CEO of Photon Energy.

Photon Energy will own and operate the projects through the Group’s wholly owned company Rácio Master Kft. The subsidiary owns eight KÁT licenses that entitle the power plants to a feed-in tariff of 32 HUF per KWh (approx. EUR 0.1 per kWh) over a period of 25 years with a maximum approved and supported production of 15,500 MWh per license.